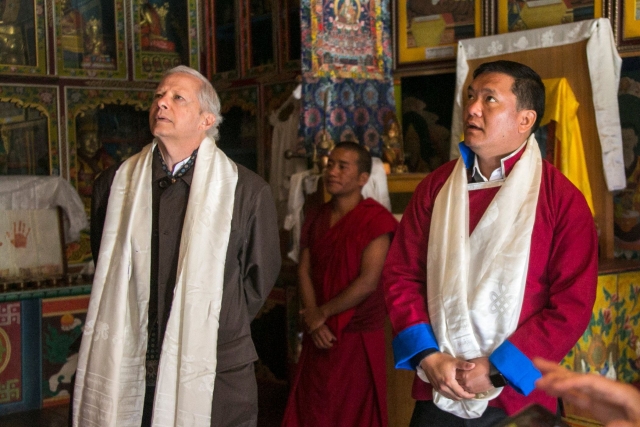 After US envoy to India Kenneth Juster's visit to the border area of Tawang in Arunachal Pradesh, Washington has said that the visit "highlights resolute US support for Indian sovereignty and commitment to local partnerships".

Juster's visit to Tawang is significant, as three years ago China had protested angrily over the then US envoy Richard Verma's visit to Arunachal Pradesh, which it considers as "South Tibet".

China has so far not reacted to Juster's visit.

Juster was on a three-day visit to Arunachal Pradesh, and was joined by Pattie Hoffman -- the US Consul General in Kolkata, West Bengal. The Tawang Festival is organised every year by the state Department of Tourism.

In 2016, China had reacted sharply to Richard Verma's visit to Arunachal Pradesh and warned that a third party meddling would only complicate the dispute between Beijing and New Delhi.

India has told China that Arunachal Pradesh is an integral part of the country.

On Monday (28 October), Juster said that the US has modernised hospitals and health facility centres in Namsai and Pasighat.

Chief Minister Pema Khandu said the state was fortunate to host two US Ambassadors to India in a span of three years. He briefed the visiting dignitaries about the strengths, challenges and opportunities of the state.