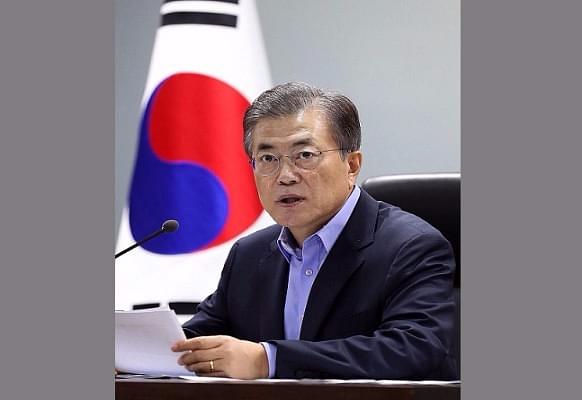 The White House on Monday announced that the United States (US) and South Korea have agreed to remove the limits on South’s missile payload capabilities after North Korea’s sixth and most powerful nuclear test.

White House readout of the call between US President Donald Trump and South Korean President Moon Jae-In said that Trump “gave his in-principle approval to South Korea’s initiative to lift restrictions on their missile payload capabilities,” The Hill reported.

“President Trump also provided his conceptual approval for the purchase of many billions of dollars’ worth of military weapons and equipment from the United States by South Korea," the statement added.

Leaders of both countries have also agreed on “maximizing the pressure on North Korea using all means at their diposal” after Pyongyang claimed on Sunday (3 September) that it has successfully tested a hydrogen bomb that can be placed on an intercontinental ballistic missile (ICBM).

The US top United Nations (UN) representative said that North Korea is "begging for war" and urged UN Security Council to impose "the strongest possible measures" on Pyongyang over its sixth and largest nuclear test.

Earlier, US Defence Secretary James Mattis had strongly warned North Korea of "massive military response," if it threatened the US or its allies.

Trump on Sunday termed North Korea a "rogue nation" for conducting nuclear tests and said that its "actions continue to be very dangerous to the Washington."

..North Korea is a rogue nation which has become a great threat and embarrassment to China, which is trying to help but with little success.

In a series of tweets, Trump further said that North Korea has become a great threat and embarrassment to China. (ANI)