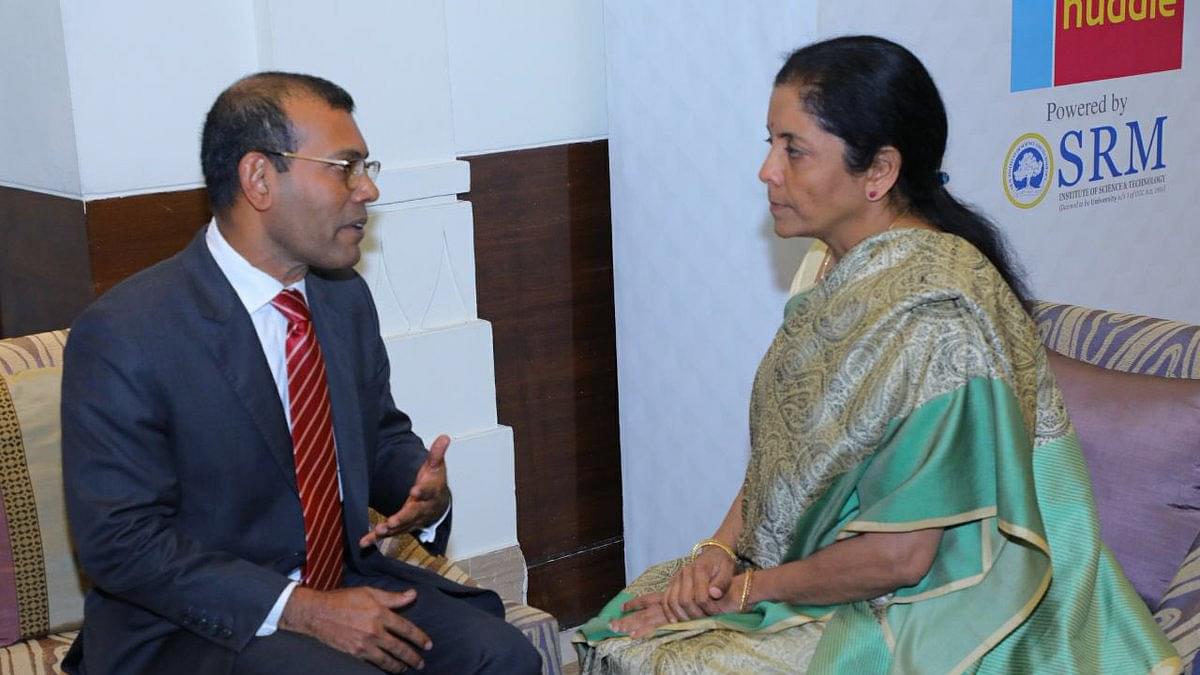 Amid the ongoing political crisis in the Maldives, country’s exiled former President Mohamed Nasheed today met Defence Minister Nirmala Sitharaman. The former President is in India to take part in a festival organized by The Hindu.

In a post on Twitter earlier today, Nasheed said he met and briefed the Indian defence minister on the crisis unfolding in his country.

Pleasure to meet and brief Indian Minister of Defence H.E @nsitharaman on the situation in the #Maldives. pic.twitter.com/tsj2qIObJs

The Maldives plunged into a major political crisis soon after the island nation’s Supreme Court ordered the release of nine political prisoners, including exiled former President Nasheed, saying their trials were "politically motivated and flawed". It also overturned a previous ruling that disqualified 12 members of parliament after defection, giving the opposition a majority in the Majlis.

Country’s current President, Abdulla Yameen, refused to comply with the judgement. He declared a state of emergency, ordered the arrest of the chief justice, another judge and former president Maumoon Abdul Gayoom.

Under Yameen, the Maldives has not only seen a decline in democratic freedoms, but also a rise in Chinese influence. China has invested in multiple infrastructure projects and has signed a free trade agreement with the country. Yameen has ignored repeated snubs from New Delhi and has not shown sensitivity towards India’s security concerns in face of increasing Chinese influence in the island nation.