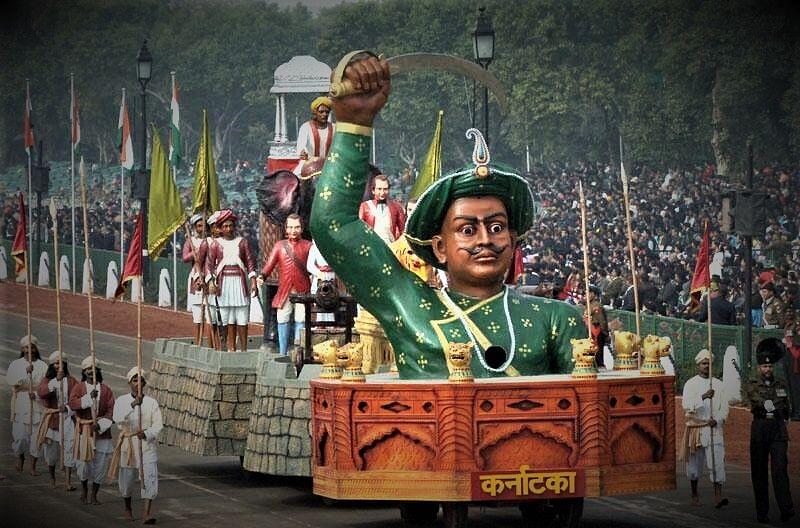 In opposition to the plan to install a statue of Tipu Sultan in Proddatur town in Kadapa district, the BJP state unit of Andhra Pradesh has warned of severe repercussions if ruling YSRCP goes ahead with the plan.

The Muslim community of Proddatur town put forward the statue proposal and got backing from local YSRCP MLA Rachamallu Siva Prasad Reddy. However, both locals and BJP leaders are opposing it.

Calling Tipu a tormentor of Hindus, the AP BJP leaders have warned of agitation and demolition of the statue if built.

"But if he (Tipu) is really the tyrant and Hindu oppressor, why is the BJP government in Karnataka not pulling down Tipu's statues in Bengaluru and other places?" local MLA Rachamallu Siva Prasad Reddy told Deccan Herald.

"Tipu Sultan was a hardcore barbaric Islamic bigot who destroyed everything that's Hindu and brutally tortured Hindus during his rule. Installation of his statue by YSRCP leaders shows the appeasement politics at the cost of hindu sentiments. I strongly condemn such acts!" said Sunil Deodhar, BJP co-in charge for Andhra Pradesh.

"We are not in favour of a statue of Tipu, who has reportedly butchered Hindus. We will raise our objections if the work advances," said Busetty Rammohan, vice-president of AP gold and diamonds merchants association.

Both locals and BJP leaders suggest installing a statue of APJ Abdul Kalam instead of Tipu Sultan. This proposal has garnered support from other communities of Proddatur town, which is famous for the gold jewellery business.