Another Tale Of Disillusionment: Maoist Couple Surrenders, Says Fed Up With Rebel Life 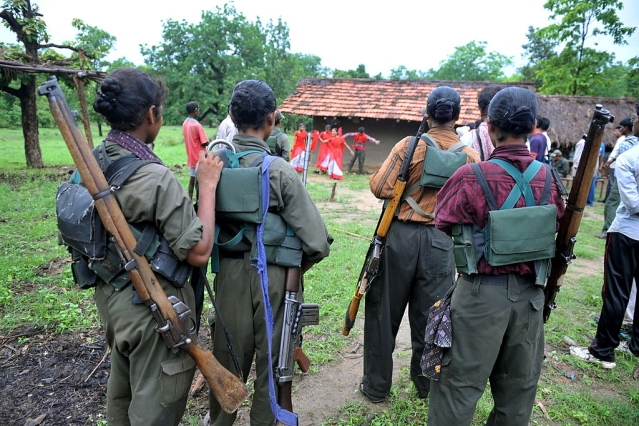 A Communist Party of India (Maoist) couple, carrying a reward of Rs 2 lakh each on their heads, has surrendered before police in Odisha's Malkangiri district.

The duo, identified as Bijal Kadme (26) and Soni Oyam (23), were involved in serious offences, including murder, robbery and blasts at police establishments, in Odisha and Chhattisgarh, Malkangiri Superintendent of Police Jagmohan Meena said.

"Both of them decided to give up the path of violence and return to the mainstream citing miserable condition of lower-ranked members of the outfit. They said the senior cadres were self-centred and paid no heed to their problems," he said.

Kadme had joined the outfit in 2008 and Oyam was inducted the year after. They hailed from Pedakarme village in Bijapur district of Chhattisgarh.

The couple further alleged that the outfit has deviated from its original ideology and was indulging in atrocities on innocent tribal people, the SP said.

"The duo decided to surrender in Odisha as they found the benefits under the surrender and rehabilitation policy attractive," Meena said.

The Odisha government, under the surrender and rehabilitation policy, offers financial assistance to purchase a homestead land, construct a house and pursue education or vocational training. (PTI)