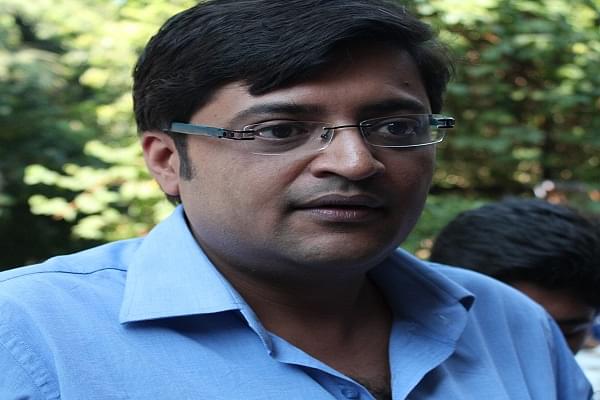 Arnab Goswami, founder and Editor-in-Chief of Republic TV, has bought back the shares in ARG Outlier from Rajeev Chandrasekhar’s Asianet News Media, Television Post has reported.

In a statement to the media, Republic Media Network said that it is on its way to becoming a wholly Editor controlled company after new agreements by Goswami. Although Asianet News Media will continue to support Republic as a minor portfolio investor.

Republic TV which is an English news channel began operations on May 2017. The channel maintained its position on the top in the ratings chart from its debut till February when it was overtaken by DD India, the English news channel owned by public service broadcaster Prasar Bharati.

Rajeev Chandrashekhar, the founder and chairman of Jupital Capital, said he was ecstatic with the progress of Republic and Arnab. Jupiter Capital is one of the investors in Republic TV, and it had invested Rs 30 crore.

"I am pleased with the growth and success of Republic and Arnab. I am happy to have supported the vision of building a strong media-tech platform. In pure financial terms too, this has been a successful investment. Post Arnab's buying back of some shares, Asianet News Media will continue to support Republic, however as a minority portfolio investor" stated Chandrasekhar.

"We have built a strong media brand in partnership with Asianet News Media - and are poised for growth. We have expanded rapidly in the last two years. Partnering with Asianet News Media has been terrific. Their strong track record and competence as savvy media tech investors have helped us tremendously in our exponential growth. Going forward as Republic Media Network, I look forward to diversifying and growing Republic across all platforms," Arnab Goswami was quoted as saying.