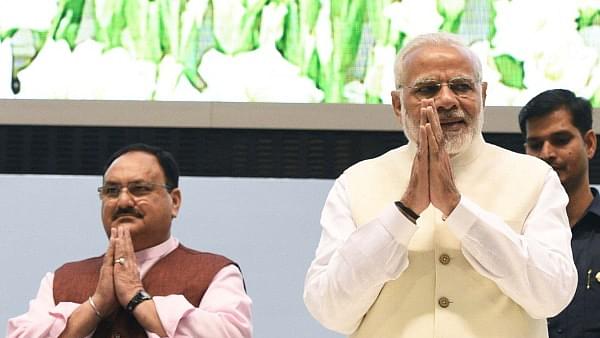 As the present BJP national president Amit Shah is slated to join the Cabinet of the new Modi government, his boots as the formal head of the party will be filled by Union Health Minister J P Nadda, reports The New Indian Express.

It is likely that Shah will continue to have a role to play in the running of the party’s affairs in coordination with Nadda in the future.

The first litmus test for Nadda once he becomes the BJP national president will be the upcoming assembly elections in Maharashtra, Jharkhand and Haryana, likely to take place sometime around September this year.

Nadda will also have to be ready with a strategy to meet the possibility of polls being held in Jammu and Kashmir, and even perhaps Karnataka, where the JD(S)-Congress coalition looks increasingly shaky. After that, 2020 will require a concerted effort from the BJP in the assembly elections in the national capital.