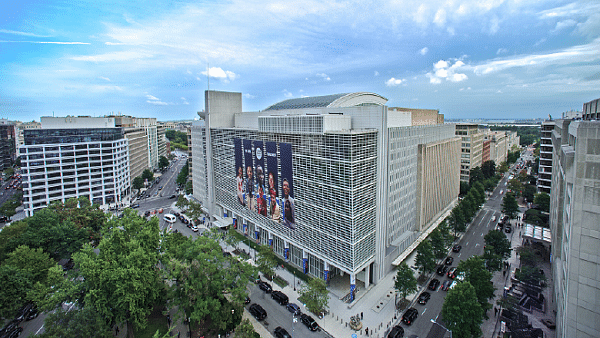 India has cut its poverty rate to half since the 1990s and achieved a seven plus growth rate over the last 15 years, the World Bank said on Tuesday (15 October), reports Times of India.

Ahead of the annual meeting between it and the International Monetary Fund, the World Bank said that India has a crucial role in success of global development efforts, including eliminating extreme poverty, and is one of the influential leaders addressing climate change.

India has achieved annual growth exceeding seven per cent over the last 15 years, halved its poverty rate since the 1990s, and enjoyed strong improvements in most human development outcomes, the World Bank said.

It further said that India's growth is expected to continue and elimination of extreme poverty in the decade is within reach. However, the country's development trajectory faces considerable challenges. To overcome the challenges, India will need to achieve greater resource efficiency as it sustains growth, given its resource endowments and large population, it said.

India's water management will need to provide for shifting water allocation to higher-value uses and 230 million people still do not have proper connection to the electricity grid.

“More generally, India's rapidly growing economy needs investment in infrastructure, an estimated 8.8 percent of GDP or $343 billion a year until 2030,” it said.

The World Bank pointed out India's declining female labour force participation, which at 27 percent is among the lowest in the world despite overcoming gender gaps in education.

“Finally, India's public sector institutions will need to be modernised to deliver services and regulations that match the aspirations of a middle income country; this will entail improving accountability and effectiveness, improving the ability of the state to interface with the private sector, and strengthening the compact among tiers of government to improve service delivery,” the bank said.