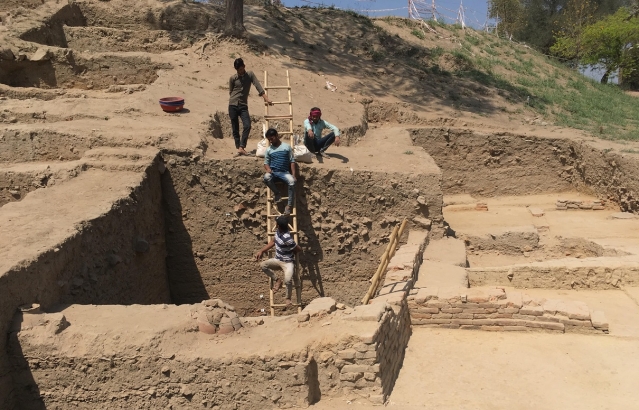 Excavation work for the ASI (Credits: The Hindu)

The recent discoveries made by the Archaeological Survey of India (ASI) have suggested that the present-day state of Andhra Pradesh had a maritime trade centre near the banks of the Swarnamukhi river, around 2,000 years ago, reports The Hindu.

The findings arise out of the excavations performed at the state's Gottiprolu which began in December of last year and ended just recently in the bygone month of September.

The ASI in this course unearthed brick-built structures in varied shapes, with bricks being of the sizes that were common in the Satavahana/Ikshvaku period in the Krishna Valley.

The ASI has also unearthed four-armed sculptures of Vishnu which date back to the Pallava period, as per the analysis of its headgear and drapery. The findings also include a series of broken terracotta pipes which fit into each other, suggesting a system of drainage.

So far, the ASI has performed just about 10 per cent of the site in the first round, and the second round is set to begin around the month of November or in December when it is likely that much more will be found and ascertained.