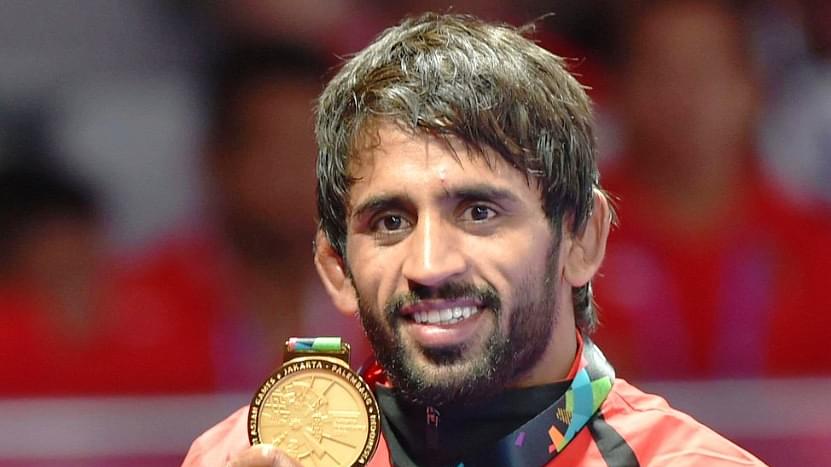 Bajrang Punia has won India’s first gold medal in Men’s 65 kg freestyle event at the Asian Games being held in Jakarta (Indonesia), ANI has reported. The wrestler dedicated his gold medal to former Prime Minister Atal Bihari Vajpayee who passed away recently. This was India’s second medal at the 18th Asian Games after the Bronze bagged by Apurvi Chandela and Ravi Kumar in the 10m Air Rifle Mixed Team event.

The wrestler defeated Japanese Daichi Takatani 11-8 to bag the medal. Bajrang Punia said that it was a big achievement for him. “ Once you win at Asian Games, you qualify for Olympics. I am training for the Olympics now. When people start having expectations from you, then you automatically perform well,” he said.

The 24 year-old wrestler maintained his lead throughout the game. He had defeated Tajikistan's Abdulqasim Fayziev in quarterfinals and Mongolia’s Batmagnai Batchuluun in semifinals. The wrestler has also bagged a gold medal at Commonwealth Games held in Gold Coast, Australia in 2018.

Congratulations @BajrangPunia for the memorable victory in the 65 kg freestyle wrestling. This win is even more special because it is India's first Gold in the @asiangames2018. Best wishes for your future endeavours. #AsianGames2018