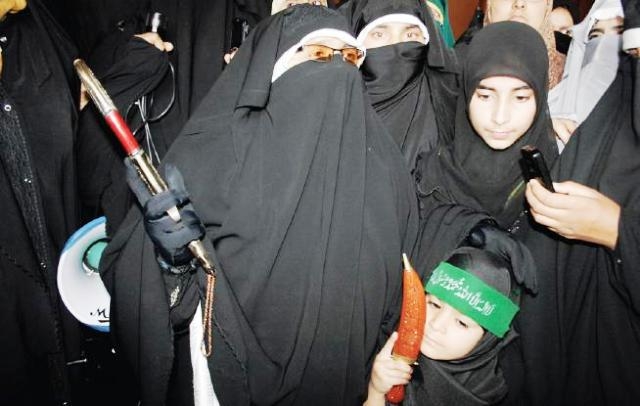 Separatist leader Asiya Andrabi has been arrested in Srinagar under the Public Safety Act. Andrabi, the founder of the Dukhtaran-e-Millat, an Islamist separatist organisation is also a member of the All Parties Hurriyat Conference.

Andrabi is married to Ashiq Hussain Faktoo, a Hizbul Mujahideen leader, who is now in jail. Few captured militants have confessed that videos of her speeches are shown at terror training camps across the Line of Control.

Earlier in 2015, the Jammu and Kashmir Police arrested Andrabi from her residence in Soura in connection with two cases registered against her - one for waving Pakistani flag and other for addressing a rally by Hafiz Saeed via phone in Pakistan.

Andrabi had earlier also celebrated Pakistan’s National Day on March 23 this year and hoisted the flag of that country, following which the police had registered a case against her under the Unlawful Activities Prevention Act.