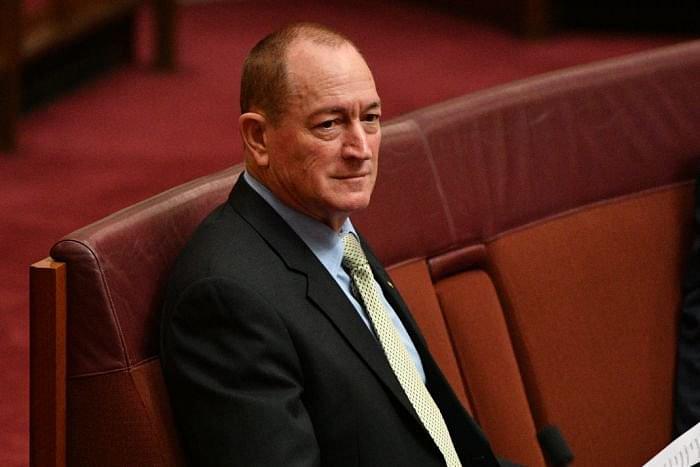 After 49 people were gunned down in a targeted attack on two mosques in the New Zealand city of Christchurch, an Australian Senator blamed the killing on increased Muslim immigration.

Fraser Anning, an independent senator from Queensland, released a statement that begins with cursory condemnation of the mosque attack and his opposition to any form of violence before citing Muslim extremism to explain the attacks.

“I am utterly opposed to any form of violence within our community, and I totally condemn the actions of the gunman,” Anning said. “However, whilst this kind of violent vigilantism can never be justified, what it highlights is the growing fear within our community, both in Australia and New Zealand of the increasing Muslim presence.”

The senator claimed that while “left-wing politicians and media” would blame gun laws and nationalist views, the “real cause of bloodshed on New Zealand streets today is the immigration program which allowed Muslim fanatics to migrate to New Zealand in the first place.”

Elected in 2017 to represent a rural pocket borough in Queensland, Anning has a history of making provocative comments.

Anning was expelled from the far right One Nation party after advocating a “final solution to the immigration problem” and giving a call to end Muslim and non-English-speaking immigration during his maiden speech to the senate in August 2018.

Anning also faced widespread condemned for attending a “fascist” really in Melbourne in 2019.

Australian prime minister Scott Morrison condemned Anning, saying that “remarks by Senator Fraser Anning blaming the murderous attacks by a violent, right-wing, extremist terrorist in New Zealand on immigration are disgusting. Those views have no place in Australia, let alone the Australian Parliament.”

The remarks by Senator Fraser Anning blaming the murderous attacks by a violent, right-wing, extremist terrorist in New Zealand on immigration are disgusting. Those views have no place in Australia, let alone the Australian Parliament.

“New Zealand, like Australia, is home to people from all faiths, cultures and backgrounds. There is absolutely no place in either of our countries for the hatred and intolerance that has bred this extremist, terrorist violence and we condemn it,” Morrison added.