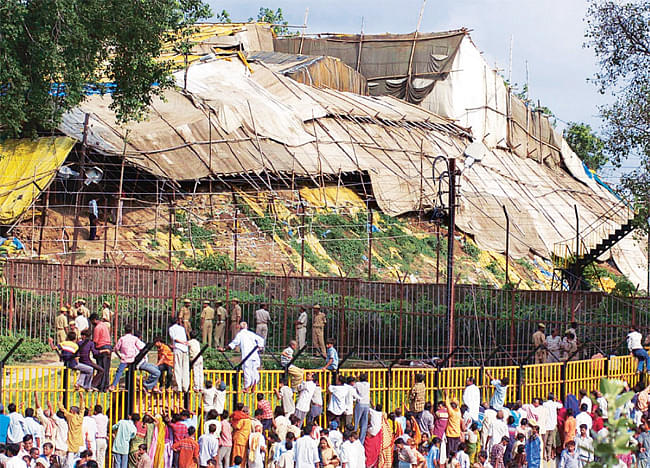 Justice Kalifulla, the chairman of mediation committe in Ayodhya Ram Temple case has submitted report to the Supreme Court.

"We now fix the date of hearing on 2 August. We request the mediation committee to inform the outcome of the proceedings as of 31 July," CJI Ranjan Gogoi was quoted as saying by ANI.

In May, the SC had extended the time till 15 August to complete the mediation by the panel consisting of former SC judge Justice F M Kalifulla, 'Art of Living' founder Sri Sri Ravi Shankar and Senior Advocate and acclaimed mediator Sriram Panchu. The mediation was directed to be held at Faizabad in Uttar Pradesh.

Previously, Senior Advocate K Parasaran, appearing for the applicant in the early hearing petition Gopal Singh Visharad, submitted that despite several joint sessions of the panel, there had been no progress.