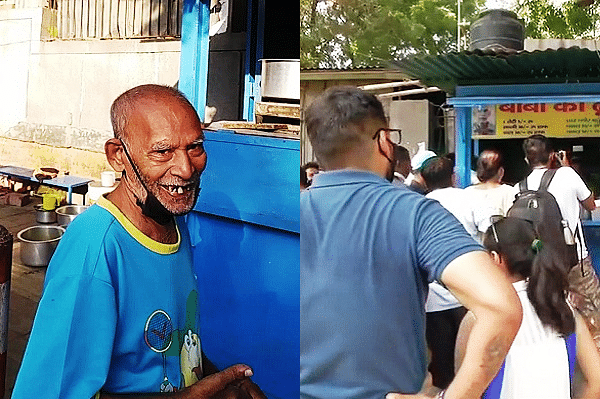 The owner of Baba ka Dhaba, Kanta Prasad, attempted suicide and has been admitted to the Safdarjung hospital in Delhi, reports India Today.

The 81-year-old owner of the eater in Delhi’s Malviya Nagar reportedly took an overdose of sleeping pills as he was stressed about his financial situation. As per the report, he had consumed alcohol and sleeping pills and the hospital said in its report that he was unconscious.

His wife stated that Prasad is currently in huge debt. She added that the rent of the restaurant they opened in New Delhi is Rs 1 lakh and they were earning merely Rs 30,000 per month from it, adding to their financial woes.

Earlier reports had suggested that Prasad had returned to their old Dhaba after their new restaurant in south Delhi’s Malviya Nagar wasn’t successful.

Notably, last year the Kanta Prasad had shot to fame overnight after a YouTuber named Gaurav Wasan made a video of his humble eatery in Malviya Nagar and appealed to his followers to help the couple who were struggling to earn a livelihood.