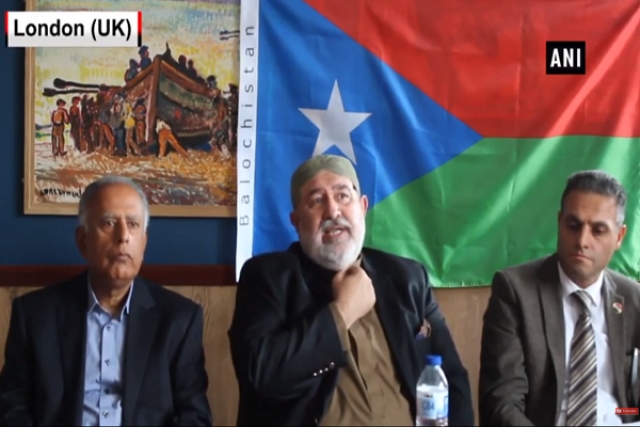 Activists from the Free Balochistan Movement today (14 August) took organised seminar in London on occasion of the Baloch Independence Day, reports ANI. Representatives from Baloch as well as non-Baloch groups took part in the event, including the Baloch Republican Party, Balochistan People Party, the Arab Front for the liberation of Al-Ahwaz, among others.

The Khan of Kalat, Mir Suleman Daud, who was one of the guest speakers addressing the gathering, stated that Balochistan was an independent nation but was being occupied unlawfully by Pakistan. He explained how some Baloch nobles and leaders had plotted with the Pakistani government to undermine the nation’s sovereignty.

"We are trying to protect our resources from the Chinese and we are agitating because we are an occupied nation we have got the right to self-defence and I think if Germany had invaded Britain, they would have done the same. That's what we are doing and we should keep on doing it,” he remarked.

A scholar of genocide studies, Desmond Fernandes, spoke about the Pakistan military’s systematic killings, forced disappearances and torture of Baloch people. He called the bombing of civilians in Balochistan a crime against humanity.