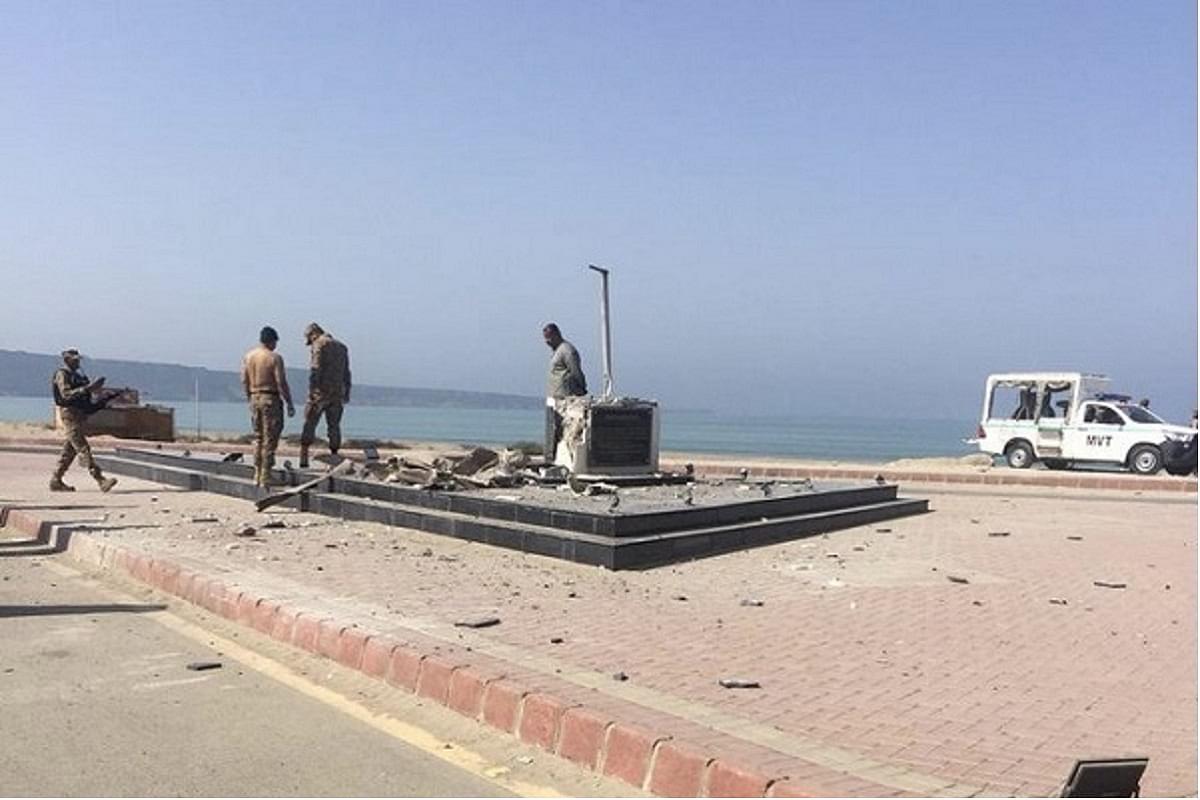 A statue of Mohammad Ali Jinnah in Gwadar was destroyed in a bomb attack, claimed by the outlawed Baloch Libe-ration Army, Pakistani media reported.

The statue was erected earlier this year at Marine Drive which is considered a safe zone, said a Dawn news report.

Official sources said some militants planted an explosive device beneath the statue and blew it up on Sunday, the report said.

An official told Dawn that the statue was completely destroyed, adding that the nature of the blast was yet to be ascertained as the Bomb Disposal Squad would investigate the incident.

Earlier, the Baloch Liberation Army had claimed responsibility for the bomb attack which killed four Pakistan security personnel in Balochistan on September 25.

Four security personnel were killed and two others injured in a bomb attack on a vehicle of the Frontier Corps in the Khosat area of Harnai district.

Official sources said that the FC vehicle was targeted in the Safar Bash area.

The FC soldiers were performing their patrolling duty and when their vehicle reached the Safar Bash area the improvised explosive device went off.