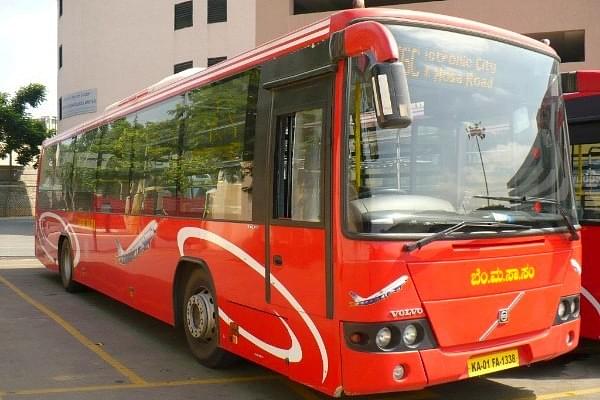 Increased vehicular traffic has brought down the average distance covered by Bengaluru Metropolitan Transport Corporation’s (BMTC) buses down from 221 km per day to 202 km per day, The Hindu has reported. The corporation officials say that the figure will continue to go down if buses are not given priority and the number of private vehicles is not curbed.

The fall in average speed to 12 kilometres per hour has led to fall of revenues for the corporation. This might result in another fare hike. The Karnataka chief minister has asked officials to hold the proposed fare hike.

“Our buses are literally crawling on K.R. Puram–Whitefield Road stretch, Mysuru Road, and other roads because of increased congestion,” BMTC managing director V. Ponnuraj told The Hindu. Further, he added that the need for dedicated lanes for buses was no longer a ‘luxury’ but a ‘necessity’.

Traffic congestion has resulted in more trips of BMTC buses being cancelled as drivers are unable to complete their routes within the stipulated time. In the year 2013–14, only 4.8 per cent of trips were cancelled. But in 2017–18 cancellation of trips has increased to 14.9 per cent.