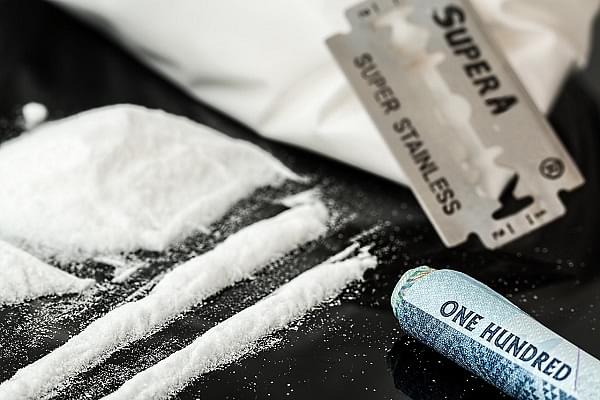 Bangladeshis and Rohingyas played a major role in smuggling of narcotic substances on India-Bangladesh border in northeastern state of Tripura during 2019, a BSF intelligence report said.

The report is based on the apprehension of the smugglers who were nabbed on the International Border of the two countries in Tripura -- a hilly state in northeast India which is bordered on three sides by Bangladesh and home to a diverse mix of tribal cultures and religious groups.

As per the document, accessed by IANS, a total of 134 foreigners -- including 92 Bangladeshis, 41 Rohingyas and one Nigerian -- were held in 2019 from India-Bangladesh border in Tripura.

"A total of 266 smugglers were apprehended on India-Bangladesh border in Tripura in 2019. Of them 132 are Indian nationals and 134 are other nationals that include 92 Bangladeshis, 41 Rohingyas and one Nigerian," the documents said.

The Border Security Force (BSF), which is mandated to guard the 4,096 km India-Bangladesh border, said the 266 smugglers were involved in smuggling of Yaba tablets, Ganja (marijuana), phensedyl, liquor and cattle worth Rs 34.27 crore.

Meanwhile, in a big jolt to the narcotic syndicate, a joint team of BSF and Directorate of Revenue Intelligence (DRI) also seized 1,68,500 'Yaba' tablets worth around Rs 8.52 crore -- biggest consignment of narcotic drug in the northeastern region so far -- on the second day of 2020.

The BSF seized the consignment on Thursday (2 January) at 9 pm from the house of Tunu Miah, a resident of Matinagar village in West Tripura.

The consignment was stored in Miah's house for smuggling it across the border to Bangladesh.

"Acting on specific intelligence input provided by BSF intelligence branch about storing of huge consignment of narcotic drugs in the house of Tunu Miah, a joint team of BSF troops and DRI officials, Agartala swiftly cordoned the house. During a thorough search in the presence of two independent witnesses, the raiding party recovered two cartons and a polythene bag containing a huge quantity of Yaba tablets," a BSF statement said.

The cartons and polythene bags were opened leading to recovery and seizure of 1,68,500 Yaba tablets worth around Rs 8.52 crore along with two Maruti cars, which were being used for transportation of the consignment, said the statement.

"The BSF along with DRI, Agartala has given the first big jolt to the narcotic syndicate on the second day of the year 2020 by seizing the biggest consignment of Yaba in the North-Eastern Region so far."

The BSF statement, however, clarified that Miah is currently residing at Bishalgarh, a town located in the Sepahijala district of Tripura, and has given his house to his nephew Soyag Miah.

"On observing joint operation teams of BSF and DRI approaching near the house, the occupants managed to run away, taking advantage of darkness."

The seized items have been handed over to the DRI, Agartala, for further legal action, said the statement.

Besides this operation, the statement said, BSF troops deployed along the Bangladesh border in Tripura have also seized contraband such as 1,145 bottles of phensedyl, 31 kgs of ganja (marijuana), three cattle and other miscellaneous items having combined market value of over Rs 14.69 lakh along with 1,00,000 Bangladeshi takas on Thursday.