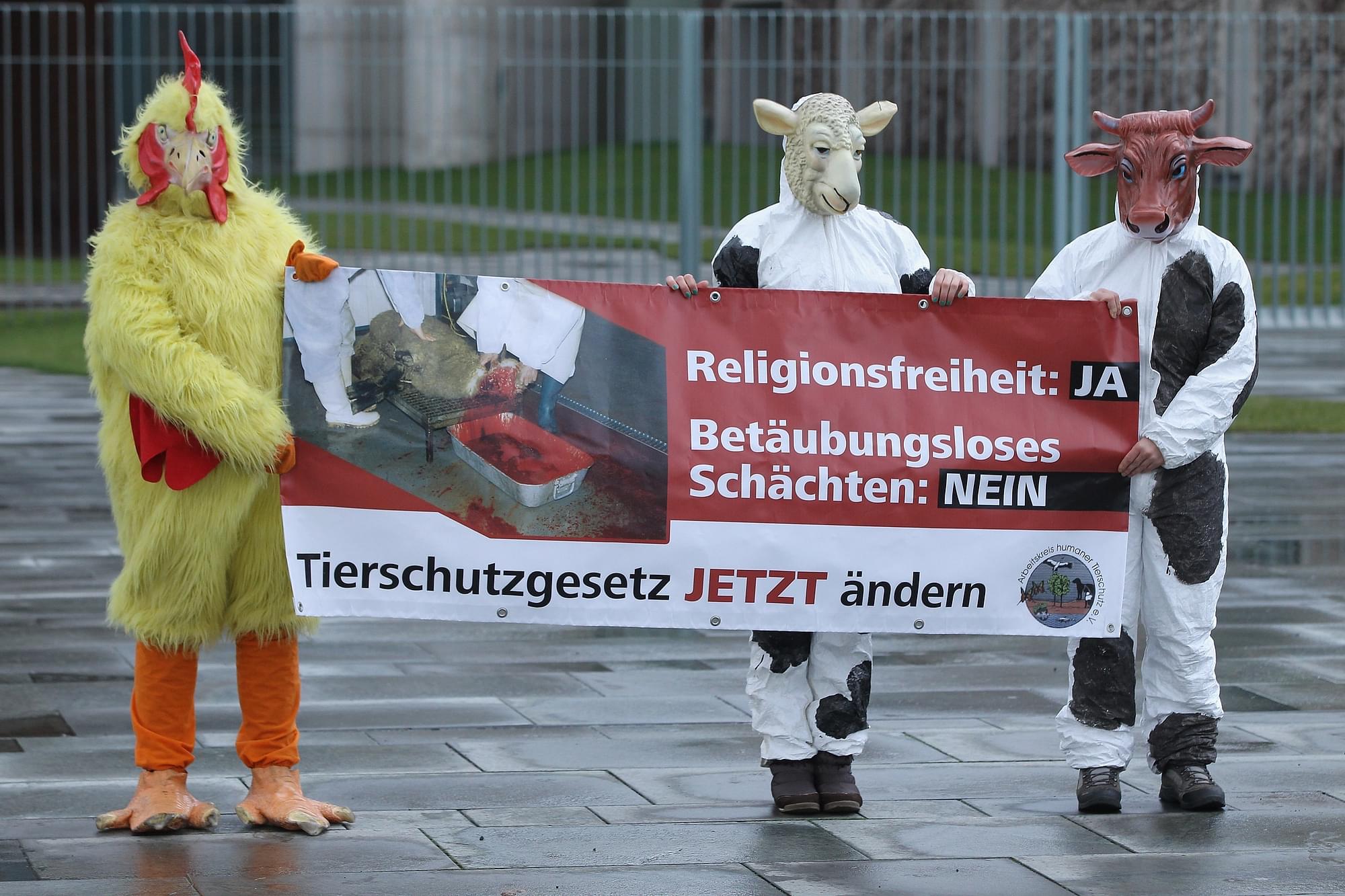 On New Year’s, Belgium passed a law banning the slaughter of animals in perfect health, practised in Islamic and Jewish cultures.

Animal rights advocates and right-wing nationalists have supported the ban on ritual slaughter. The law applies in the northern Belgian region of Flanders, and a similar one will come into force in the southern part of the country later this year.

Ann De Greef, director of a Belgian animal rights group called Global Action in the Interest of Animals, says that even though before killing the animals are stunned, it does not conflict with the kosher and halal doctrine. Religious minorities could consider that as ritual slaughtering, but they refuse it blatantly.

She said, “They want to keep living in the Middle Ages and continue to slaughter without stunning — as the technique didn’t yet exist back then — without having to answer to the law. Well, I’m sorry, in Belgium, the law is above religion, and that will stay like that.”

Yaakov David Schmahl, a senior rabbi, (Jewish religious head) referenced the supposed fear when he said that the laws are making Jews unable to live by their traditions and bring to his mind the ghost of similar laws enacted in Germany during World War II

A battle is raging across Europe regarding this debate, with many laws in Europe and the European Union requiring the animals to be rendered “insensible to pain” before slaughter, to make the process more humane. But the Muslim halal and Jewish kosher needs the animal to be in “full health and perfect consciousness”, when they give a single cut to the neck that severs critical blood vessels. The religious supporters say it may cause “less suffering” when compared to other methods.

Belgium is the latest addition to Sweden, Norway, Iceland, Denmark and Slovenia, a list of nations that do not provide for any exceptions in animal slaughter. The Netherlands has recently passed a similar law and Germany has very narrow exceptions.

Belgium has a population of roughly 500,000 Muslims and over 30,000 Jews. Islamic and Jewish groups say they will file lawsuits in Belgium’s Constitutional Court, with the aim to fight and lift the ban on “slaughtering without stunning” later this year.