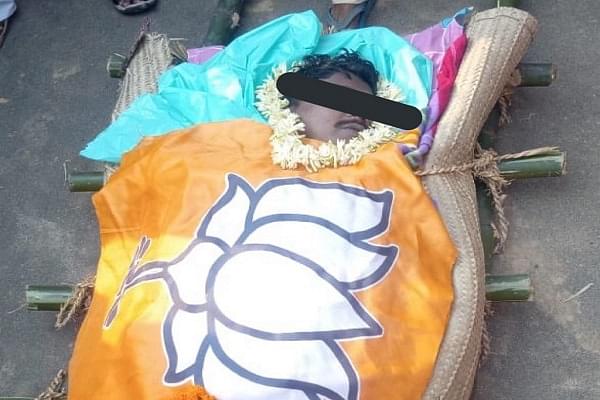 The BJP Bengal dispensation has released the names of six slain party workers, who were allegedly killed by TMC workers in a brutal post-assembly result violence unleashed in the state.

These are the names of the slain BJP workers as released by the party state media cell:

The BJP has also alleged that two women poll agents were gangraped and many women were molested in Birbhum.

The BJP's party offices in various parts of the state have been vandalised and many workers and their properties have been attacked. The party has called it a handiwork of TMC workers.

The party has announced that it will hold a nationwide dharna on 5 May against "the widespread violence unleashed by TMC workers post the election results in West Bengal".

BJP president J P Nadda is expected to visit the state tomorrow and meet the party workers. Party's Bengal co-incharge and IT cell head Amit Malviya has claimed that "it will respond in adequate measure within the constitutional framework". The Amit Shah led Home Ministry has sought a report from the West Bengal government over the post-poll violence.