Bengaluru City To Airport In 10 Minutes? KIA And Virgin To Conduct Feasibility Study For Hyperloop Corridor 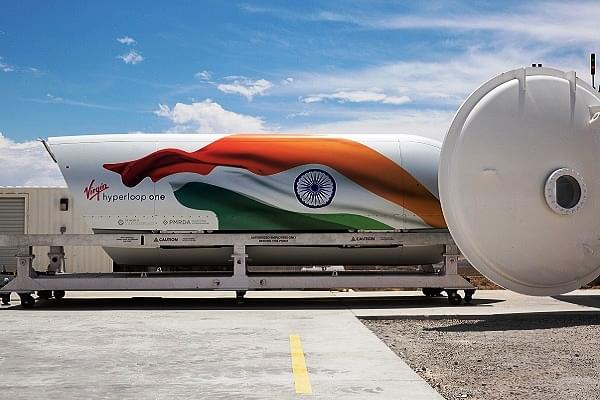 Bangalore International Airport Ltd (BIAL) and the US-based hyperloop technology leader Virgin Hyperloop would jointly conduct a feasibility study to build a hyperloop corridor for high-speed transport between the airport and the city centre, a top official said on Sunday.

"An agreement has been signed by the airport operator (BIAL) and Virgin to study a viable hyperloop corridor between Kempegowda international airport and the tech city, covering 40 km distance in about 10 minutes," said airport operator chief executive Hari Marar in a statement here.

The agreement was signed by Karnataka Chief Secretary T M Vijay Bhaskar as BIAL consortium chairman and Virgin chairman Sultan bin Sulayem from its Dubai office and exchanged through the virtual mode.

Hyperloop is a new transport mode under development to enable high-speed movement of hundreds of people and goods at a time in floating pods through tubes or tunnels above or below the ground.

"We are partnering with BIAL to explore a hyperloop between the airport and the city to address the congestion and support the economic growth of Bengaluru," said Sultan on the occasion.

Besides transit of passengers, airports are conduit for goods, especially perishables. A hyperloop-connected airport will improve cargo delivery and create an efficient supply chain.

The operator plans to make the airport a transportation hub, connecting people and places through multi-transport modes. Besides a road network, a suburban train service and metro rail connectivity are under execution.

As the third busiest in the country after New Delhi and Mumbai, the city airport at Devanahalli served a whopping 34 million (3.4-crore) domestic and overseas passengers in calendar year 2019.

"The feasibility study for hyperloop connectivity between the airport and the city will help in building infrastructure for the future and efficient movement of people," said Bhaskar.

The study will focus on technical, economic and route feasibility of the ambitious project in two phases of 6 months each.

"With speeds up to 1,080 kmph, hyperloop will be able to ferry thousands of passengers per hour from the airport to the city centre in 10 minutes," claimed the operator on the basis of preliminary analysis.

According to Virgin chief executive Jay Walder, a hyperloop-enabled airport will not only allow faster travel, but also create a 21st century passenger experience and expand airport capacity.

"As India's technology and innovation hub, we hope Bengaluru will embrace hyperloop as a way to keep pace, support clean growth and open new opportunities for the city," added Walder.

As technological innovation is key to building and sustaining transportation hub, Marar said the study was a step towards a new mode of transportation with economic potential, connecting passengers at high speeds with zero emission.

"Travellers will be able to streamline their multimodal trip with seamless check in and security for hyperloop and air travel at centrally-located portals," added the statement.

Virgin has tested hyperloop technology by operating a hyperloop vehicle using electric propulsion and electromagnetic levitation under near-vacuum conditions in the US for a new form of transportation that is faster, safer, cheaper and more sustainable than existing modes.