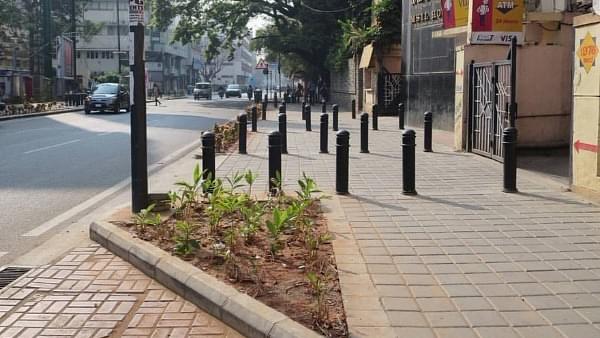 The owner of a private property who dug up public property built under TenderSure scheme on Cunningham Road, Bengaluru without seeking any permissions has been booked by the police, Deccan Herald has reported.

The FIR has been registered against the owner at High Grounds Police Station in Bengaluru. The FIR was filed by BBMP’s Executive Engineer Basavaraj Kabade.

The unauthorised work has been going on since two weeks and was bought to the notice of the civic body only after news reports started pouring in. Mohammed Sajid, owner of a commercial complex had hired workers to remove the concrete and tiles using drilling machines. When the neighbours asked the workers to display permission, they were clueless about what was happening.

The owner is said to be out of country right now and was not available to the BBMP when they tried contacting him. TenderSURE roads have been widely appreciated for providing the quality infrastructure required for busy central districts and had set an example in the country.