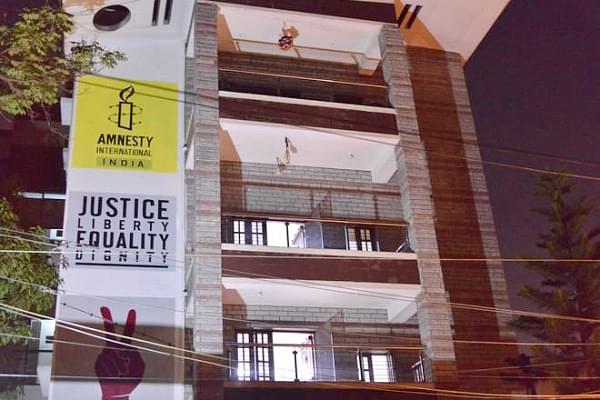 The Enforcement Directorate (ED) on Thursday (25 October) conducted searches at the Bengaluru office of human rights watchdog Amnesty International India in connection with a case of foreign exchange contravention by the agency, Deccan Herald reported.

Amnesty is alleged to have floated a commercial entity in the name of Amnesty International India Pvt Ltd (AIIPL) to circumvent the denial of registration under FCRA by Ministry of Home Affairs. ED claims Amnesty bypassed FCRA rules and received Rs 36 crore till date.

Of the total funds, Rs 10 crore was received as long-term loans. This was placed in fixed deposits. Another Indian entity named Indians for Amnesty International Trust (IAIT) was established and it raised an overdraft for Rs 14.25 crore by placing Rs 10 crore as collateral, ED stated.

The agency, sometimes back, has frozen over a dozen bank accounts of environmental NGO Greenpeace and its linked entity after it conducted searches at their premises in Bengaluru on charges of alleged forex violations.