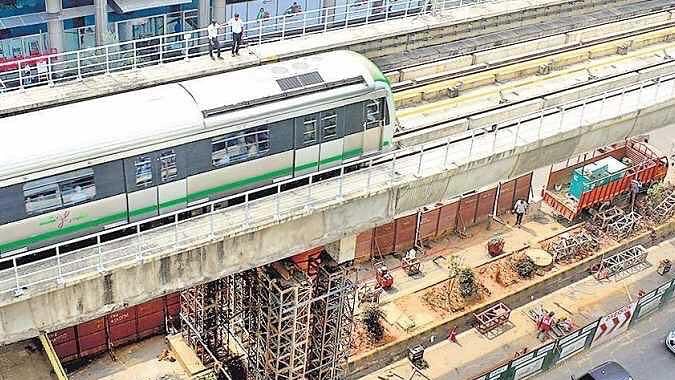 After the recent security scare of the honeycomb near Trinity Metro Station, the Bangalore Metro Rail Corporation Limited (BMRCL) is all set to conduct an extensive safety audit of metro Phase I, reports Bangalore Mirror.

Deputy Chief Minister G Parameshwara visited the spot on Monday and instructed a safety audit for the entire 42 kms of Phase I, that spans from Baiyappanahlli to Mysore Road and from Nagasandra to Yelachenahalli. Mr Pramaeshwara reiterated that though the Metro officials were confident that such problems won’t recur, the BMRCL wanted to be on the safer side and not take any chances.

An external agency would be selected to conduct the safety audit, and the report will be submitted within three weeks.

The BMRCL officials said that the honeycomb fixing was completed at Trinity Junction on 31 December, with trial tests on 1 Jan. The trial, that took place from morning to afternoon, included an inspection by officials who travelled on the Metro trains, following which the trains were available to the public.

BMRCL MD Ajay Seth and Parameshwar deny having lost much, saying the only cost they had to bear was to hire BMTC buses to ferry passengers from Cubbon Road and MG Road stations to Baiyappanahalli.