Bharat Bandh: Worker Bodies Call For Nationwide Strike on 8 And 9 January, Banks Other Services May Be Hit 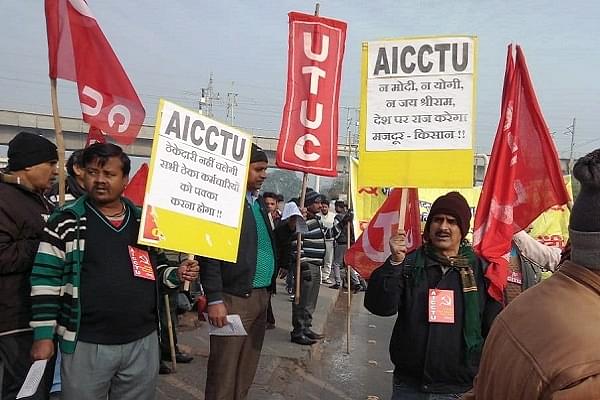 Central Trade Unions’ (CTUs) have launched a two-day strike from today (8 January) protesting against alleged repressive policies of the government and unilateral labour reforms. As many as 10 CTUs with crores of workers affiliated with them have joined the strike, claim reports.

Farmers across the country would join the strike under the aegis of left peasant wings, Times of India has reported.

According to the report, CITU general secretary Tapan Sen said that on call of the central trade unions and mass organisations, the public sector employees, unorganised sector workers, port and dock workers, bank and insurance employees will participate in the strike. He alleged growing economic crisis, price rise and unemployment as the reason for the strike.

CITU also denounced union government’s move to change the Trade Union act 1926 in the name of bringing about transparency as well as avoiding duplicacy. Sen alleged that the proposed Trade Union (Amendment) Bill 2018 as cleared by the cabinet is designed to abrogate rights of trade unions and imposing conditions of slavery on the workers.

Banking and other services are likely to be affected on 8 and 9 January as a section of public sector undertakings (PSUs) employees will also go on strike.