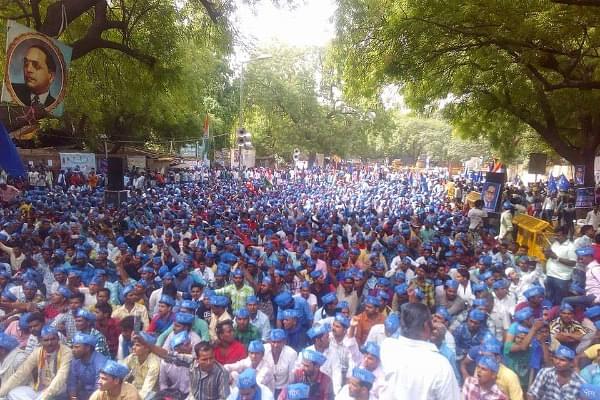 Bhim Army district president Upkar Bawra in Uttar Pradesh’s Muzaffarnagar has been arrested and sent to jail for allegedly assaulting a medical staff at district hospital late on Thursday (30 April).

The incident took place at district hospital of Muzaffarnagar after an argument over medical aid to people who had come from the Purkaji area in the district.

Based on a complaint, the FIR under relevant sections was lodged and Bawra was subsequently arrested on Saturday.

Bawra was earlier jailed and later slapped with the NSA in connection with violence on 2 April, 2018. He was currently out on bail.

Station house officer of Nagar-Kotwali police station, Anil Kaparwan, confirmed that the Bhim Army leader had been arrested and sent to jail.