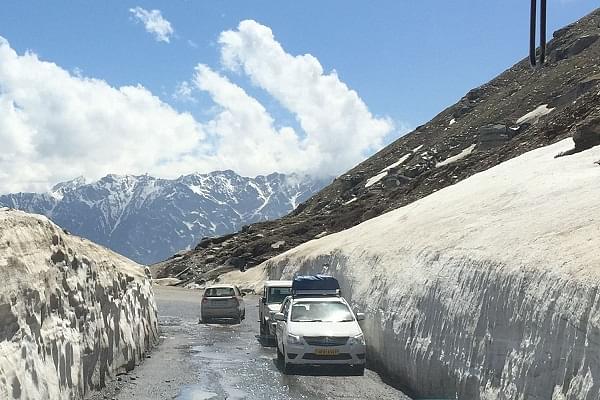 On Wednesday (7 November), Rohtang pass was reopened by the Border Roads Organisation (BRO) providing much-needed relief to the residents of Lahaul and Spiti district as well as the 150 vehicles that were stranded in the valley, The Tribune has reported.

The district which is home to a tribal population was cut off from the rest of the state following the closure of Rohtang pass on 3 November due to heavy snowfall in the region.

BRO commander, colonel AK Awasthi told the paper that the pass could only be restored due to the tireless efforts of the organisation adding that in order to restore the road at the earliest, they engaged workforce and machinery from Manali and Lahaul.

“On Diwali too, BRO men were seen clearing snow from the Manali-Leh highway. By afternoon, they had restored the pass. As soon as it opened, around 150 stranded vehicles passed from the Lahaul side towards Kullu. The vehicles had been stuck in the valley since 3 November because of heavy snowfall,” Awasthi said.

The administration in Kullu, on Thursday (8 November), allowed movements of vehicles, which were stranded in Kullu-Manali, from Manali to Lahaul.

A large number of residents of Lahaul-Spiti who are living in Kullu-Manali keep travelling between Kullu and Lahaul for various works.

The district administration, however, has restricted movement of the vehicles of tourists towards the Rohtang pass due to security reasons. Tourist vehicles are only allowed to go up to Gulaba.