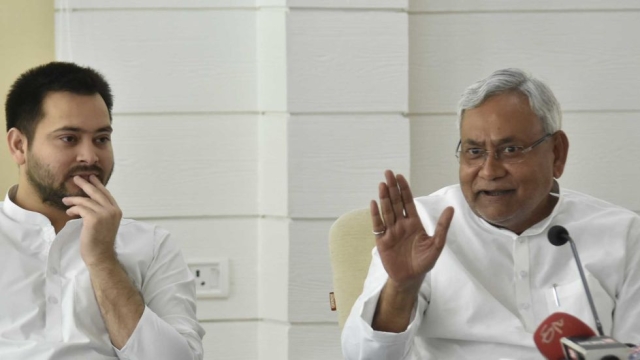 Amid strain in the Bihar grand alliance over the corruption charges framed against Deputy Chief Minister Tejashwi Yadav, Janata Dal (United) said the state Chief Minister Nitish Kumar is neither weak nor helpless to take action in this matter and added that only time will tell what happens next.

“Neither we are weak nor helpless. No need to worry about it,” JD(U) leader Ajay Alok said.

On Saturday, Tejashwi did not attend a 'Vishwa Yuva Kaushal Divas' event as his name was mentioned on the invitation; but later removed. The event was attended by Nitish Kumar.

It is being said that after the JD(U) urged Tejashwi Yadav to come clean on the corruption charges imposed by the Central Bureau of Investigation (CBI) and the Enforcement Directorate and asked Rashtriya Janata Dal (RJD) chief Lalu Prasad Yadav to declare his assets and reveal the source of income, the rift between the alliance partners in the state seemed to have widened, indicating that the alliance is inching towards a split.