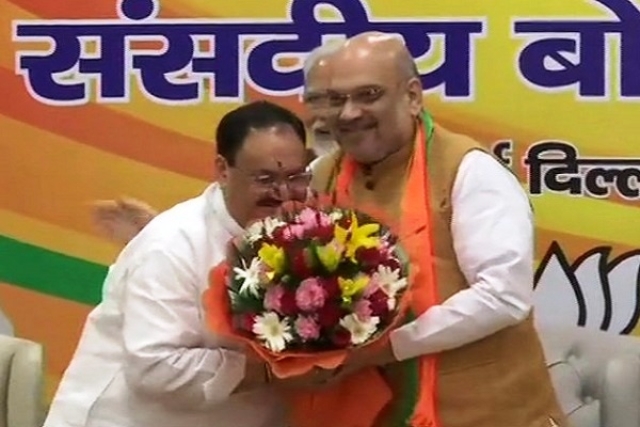 Nadda, who hails from Bihar, began his political career from Himachal Pradesh before moving into national politics. He was earlier the Health Minister in the previous NDA government.

Nadda was presented with bouquets and congratulated by senior leaders following his selection.

Under the leadership of Amit Shah, the BJP won a record 303 seats in the recently concluded Lok Sabha polls. He is also credited with ensuring his party’s victory in states like Uttar Pradesh, Haryana, Maharashtra and Gujarat.