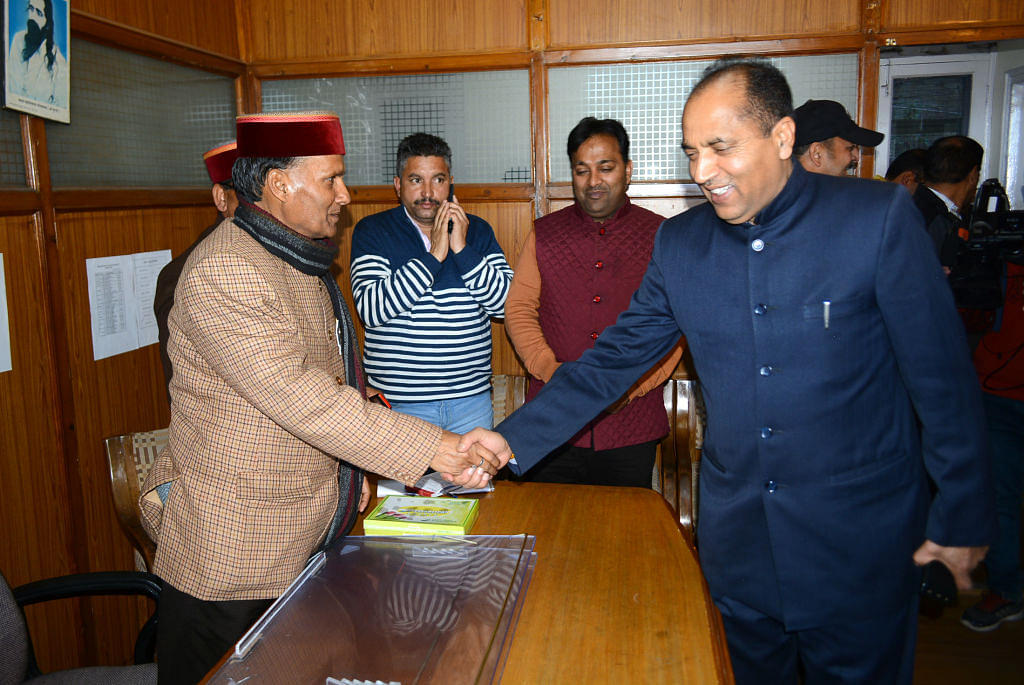 Senior Bharatiya Janata Party (BJP) leader Jairam Thakur is set to become the next Chief Minister of Himachal Pradesh after he was elected the leader of BJP’s legislature party on Sunday.

The decision was taken at a meeting of BJP MLAs where Thakur's name was proposed by Suresh Bharadwaj and Mahender Singh and seconded by other members. The meeting was held under the supervision of BJP’s central observers – Union Minister Nirmala Sitharaman and Narendra Singh Tomar.

Considered a popular face in Himachal Pradesh, Thakur was credited with striking a balance between the warring factions of the party. The legislator from Seraj constituency served as the BJP's state chief between 2006 and 2009.

BJP delegation met Himachal Pradesh Governor Acharya Dev Vrat and staked claim to form government in the state. Thakur, a five time MLA, will be sworn in as the Chief Minister on Wednesday. Prime Minister Narendra Modi will attend the swearing in ceremony.

This comes a day after Dhumal ruled himself out from the race for the post of chief minister. Although the BJP ousted the Congress in the state by winning in 44 of the 68 assembly constituencies, Dhumal lost his seat. Despite the loss, the 73-year-old was in the race for the chief minister’s post after several loyal lawmakers offered him their seats.