BJP Will Get New Alliance Partners In TN Before 2019 Elections, Says Amit Shah 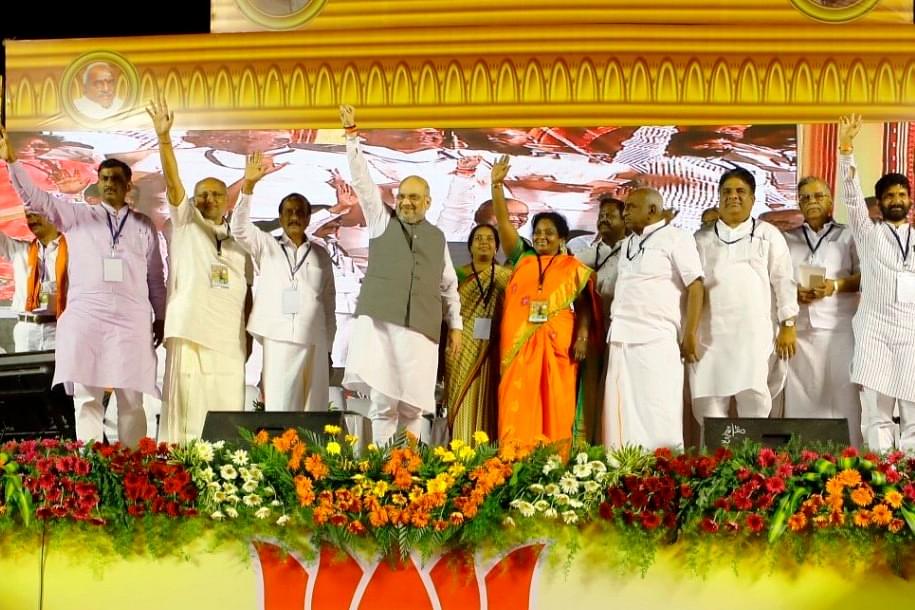 Amit Shah at the BJP meeting in Chennai yesterday. (pic via Twitter)

The Bharatiya Janata Party (BJP) is likely to rope in new alliance partners in the National Democratic Alliance (NDA) for 2019 Lok Sabha elections, party president Amit Shah has said. Addressing the Shakthi and Maha Shakthi Kendra incharges of the BJP at the VGP Golden Beach on Chennai outskirts, Shah said he would announce the new partners before the elections.

A Shakthi Kendra is in charge of five polling booths, while a Maha Shakthi Kendra supervises the functioning of five Sakthi Kendras. Amit Shah visited Tamil Nadu (TN) after a log gap, after having cancelled his trip to the state at least twice last year.

English Daily Deccan Chronicle reported that the BJP president promised to mollify sulking allies and trigger enthusiasm within the party. He promised to respect existing partners. “We will give respect to our existing allies and bring in new friends before the Lok Sabha elections and give the nation a clean government,” he told the gathering of around 15,000 Shakthi Kendra and Maha Shakthi Kendra members.

Few pictures for those who were questioning BJPâs presence in Tamil Nadu. pic.twitter.com/bCdrNzYzSr

Shah said no other party in the country was as committed as the BJP to preserve Tamil pride and asked his cadre to boost the party’s chances.

BJP, which had targeted to play a crucial role in 2021 TN Assembly elections, seemingly lost its way in the last couple of years. However, Shah’s visit puts the party’s plans back on track. In the long-term, the party’s objective is to emerge as a clear alternative to the Dravidian parties.