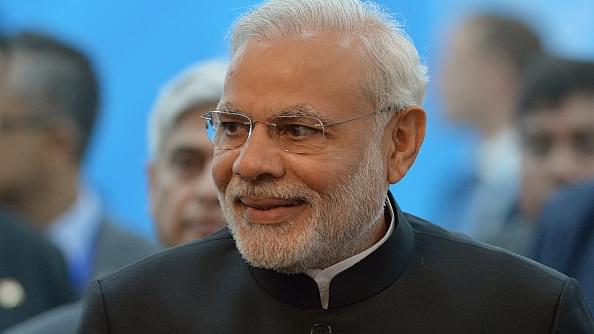 Prime Minister Modi’s presence on social media platforms has not cost the exchequer a single rupee since May 2014. (Sergey Guneev/Host Photo Agency/Ria Novosti via Getty Images)

The outreach of Prime Minister Narendra Modi and his popular schemes towards the masses were effective sans the role social media played in the landslide victory of the Bharatiya Janata Party achieved in Lok Sabha elections 2019, reports The Hindu.

The Lokniti-CSDS survey found that the vote margin of BJP over the Congress, in the 2019 general elections, among social media users was lower than that of 2014.

While only around a tenth of the electorate comprised of those with very high exposure to social media, 64 per cent of the voters are without any exposure. Hence, it is the case that BJP would have reached the shores even if the social media was taken out of the equation.

"When we compare the performance of BJP and the Congress among Twitter and Facebook users in 2019 with their performance among the users of these platforms in 2014, we notice that the greatest gains made by the BJP were among those who did not use these two platforms at all compared to those who did,” said the survey report.