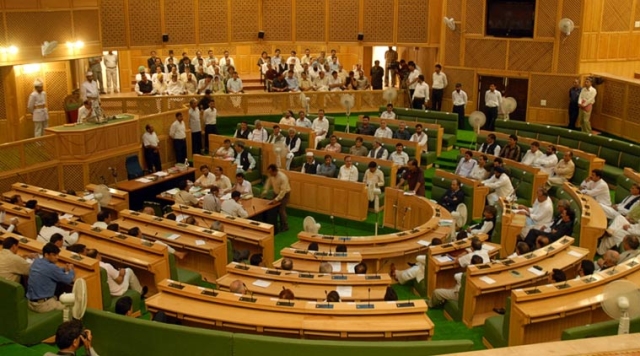 Just months after Independence, tribal militias backed by Pakistan had invaded the Indian territory of Jammu and Kashmir as part of the ‘Operation Gulmarg’ on 22 October, 1947 and unleashed havoc on unarmed men, women and children.

The legislative assembly of the Union Territory observed the ‘Black Day’ to reminisce the fatal incident. The members of the assembly stood in silence as the Indian national anthem played in the background.

Journalist Aditya Raj Kaul who hails from the erstwhile state tweeted, “This morning National Anthem in #Kashmir at the beginning of the event to mark 22nd October Black Day. This day in 1947 Pakistan attacked Kashmiris using Tribals to invade and loot Kashmiri locals. Later the Pakistani goons were sent packing by Indian Army.”

This morning National Anthem in #Kashmir at the beginning of the event to mark 22nd October Black Day. This day in 1947 Pakistan attacked Kashmiris using Tribals to invade and loot Kashmiri locals. Later the Pakistani goons were sent packing by Indian Army. pic.twitter.com/k4z7ZC0Vsj

The ‘Operation Gulmarg’ was led by Maj. Gen. Akbar Khan, who commanded 20 Lashkars consisting of 1000 Pashtun tribals each. The invaders wished to portray the civil unrest in the region back then as a riot caused by the Kashmiri locals against their non-Muslim rulers.

They wreaked havoc, as massive violence and a host of unruly activities ensued in many parts of the Union Territory. Finally, Maharaja Hari Singh pursued the intervention of the Indian government to put an end to the annihilation caused by Pakistani-backed tribal groups. Subsequently, the ‘Instrument of Accession’ was signed and Jammu and Kashmir became a part of the Indian territory.

As per a ZEE News report, hundreds of Pakistan Occupied Kashmir (PoK) refugees on Thursday (October 22) gathered at Vikram Chowk in the Jammu city under the banner of SOS International (an organisation of PoK displaced persons) to observe Black Day.

“We are observing Black Day today. Pakistan committed grave atrocities and killed thousands in 1947. Pakistan is giving our land to China for China Pakistan Economic Corridor (CPEC). PoK is ours and Pakistan can not give it to China. India should go to the International Court of Justice (ICJ) against Pakistan for 1947 killings," said Rajiv Chuni, President, SOS International reportedly said.