BMTC’s Fiat To Drivers: Focus On Mobility, Not Mobiles 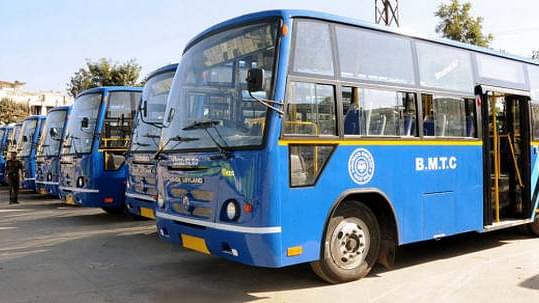 BMTC buses parked in a depot. Image courtesy of twitter.com/IChangeMyCity.

From 15 November, Bangalore Metropolitan Transport Corporation (BMTC) bus drivers are not authorised to carry mobile phones while they are on duty. Instead, lockers will be provided to the drivers for the disposal of cellphones before starting work. Any violation observed will bear severe consequences, even leading to suspension.

The rule is being imposed as the number of complaints from passengers on this issue has been skyrocketing in the past year. Many drivers were even caught on tape watching videos while driving, and violating traffic rules that can put passengers’ safety at risk.

However, there is handful disagreement from the other side as well. Drivers are complaining that they keep the phones with them to contact their family in case of emergency, and that this blanket ban will put innocent people in unnecessary worry.

Times of India quoted a BMTC official as saying, “Conductors can carry mobile phones, but they will not be allowed to use them while on duty. In case of an emergency, the driver’s family members can contact the conductor.”