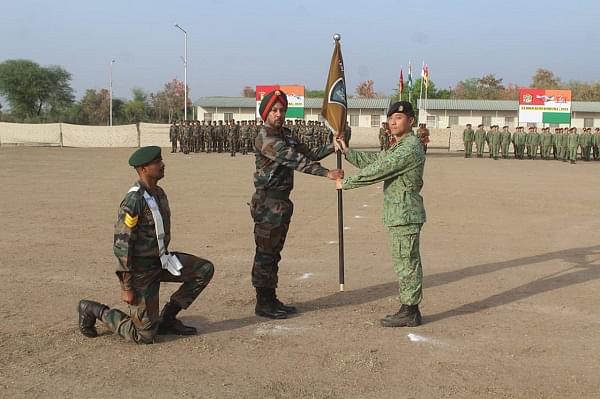 Indian and Singaporean army personnel during the exercise. (@adgpi/Twitter)

India and Singapore had entered into an official agreement in November 2017 to strengthen defence ties between their respective armed forces. As per the understanding, personnel from the Singapore Armed Forces will receive training and undertake firing exercises along with the Indian Armed Forces.

The inaugural ceremony for the joint exercise was conducted on Sunday (7 March), with the Indian contingent being headed by Colonel S P Singh and the Singaporean personnel being led by Lieutenant Colonel Tong Chong Kiat.