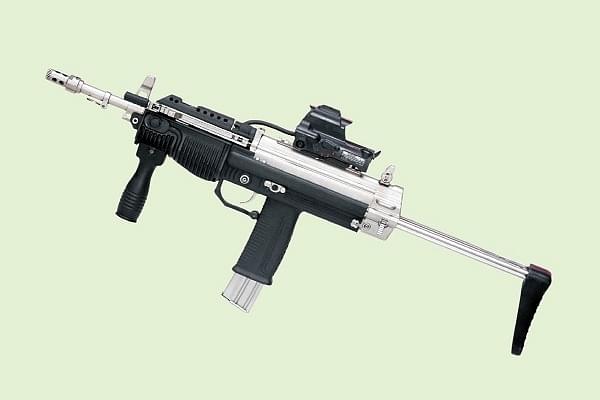 The Defence Research and Development Organization (DRDO)’s Pune-based facility has developed a carbine in collaboration with the Ordnance Factory Board (OFB).

DRDO said that the carbine has completed its final phase of user trials by the Indian Army and is now ready for induction, reports Indian Express.

According to the report, the weapon is expected to replace the ageing 9 mm carbine currently in use by the armed forces.

Designed as per the Indian Army's General Staff Qualitative Requirements (GSQRs), JVPC is a gas-operated automatic 5.56 x 30 mm calibre weapon of a semi-bullpup category because of the positioning of its action and trigger.

The weapon is jointly developed by the Armament Research and Development Establishment (ARDE), a Pune-based facility of the DRDO and Small Arms Factory, Kanpur of the OFB.

The JVPC is said to have been ergonomically designed, have high-reliability, low recoil and single-hand firing capability amongst other features. It proves out to be quite efficient in counter-terrorism operations and also conventional combats.

The primary objective of this weapon is to injure or incapacitate the target without actually causing any casualty. The carbine has an effective range in excess of 100 m and weighs around three kilograms.