So Who Killed Paresh Mesta? 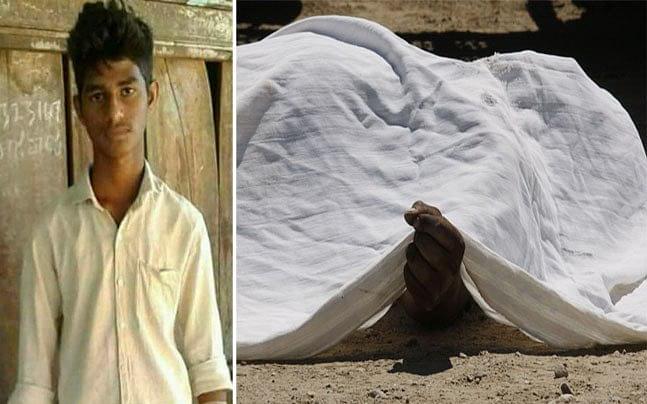 Paresh Mesta, the youth who was subjected to the unspeakable cruelty. (India Today via Twitter)

Tension gripped Honnavar town in Karnataka on Friday (8 December) as the badly mutilated body of 21-year old Paresh Mesta was found floating in a lake, following communal clashes on Wednesday (6 December), as reported by India Today.

The body was allegedly found with deep wounds, head split with a sword, castrated and indications of boiling oil being poured on the face. Paresh was reportedly a Hindu activist and BJP MP Shobha has called the despicable act the work of ‘jihadis’.

Congress support to PFI jihadis even when hindu karyakartas like Paresh Mesta are being hacked & burnt to death has given these goons the audacity to freely function w/o the fear of law and order.This will continue till Cong n @siddaramaiah are at the helm.

The police had registered an FIR against five persons - Imtiaz, Azad, Amir, Salim and Asif - however, two are yet to be detained.

Despite the horrifying condition the body was found in - the Police SP of the area has called the death a ‘Samanya Savu’ - a normal death, which people are dubbing as a case of institutional apathy towards Hindus.

The incident was sparked by a clash over an accident, which quickly turned communal following which there was a police deployment in the area. Although the violence was controlled, Paresh went missing as he was trying to escape the mobs.

Following the body being found in the said condition, tense environment prevails in Honnavar and it’s surrounding areas and Union Minister Anantkumar Hegde visited the town to offer his condolences. The BJP is calling for a NIA investigation into the murder citing the level of brutality involved after a meeting of the state BJP unit.

After Kerala, the Karnataka Congress government led by Siddaramaiah has recently come under fire for failing to protect Hindus in the state. Communally instigated murders are increasingly becoming visible in the Karnataka, the most recent being that of RSS activist, Sharath Madivala.

Madivala’s father following his funeral had said, “The police and government have turned a blind eye to these miscreants. There have been several such incidents in Bantwal but the police failed to take action. How can I expect justice for my son?”, pointing to the institutional disregard towards the majority community.

Journalist Shiv Aroor later tweeted a letter purported to be from the medical officer who conducted the post mortem examination which states that there were no mutilations or external injuries on the body.

The letter states that they death was caused due to blunt force trauma and no injuries correlating to scalding or stabbing were found.