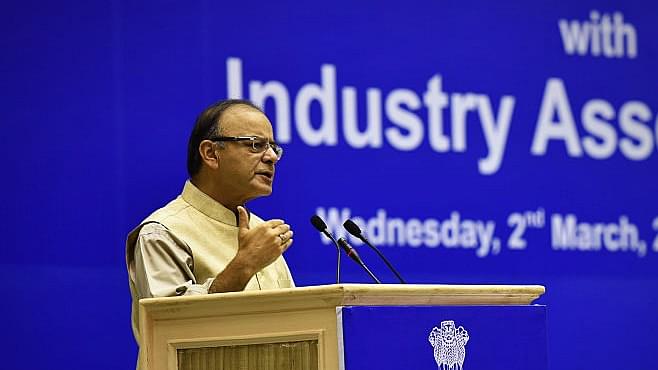 Finance Minister Arun Jaitley has taken up the task of setting up an automatic salary revision procedure for Members of Parliament (MPs), reacting to salary hike demands by the MPs and amid public criticism that MPs get to set their salaries.

The MP salaries will now be automatically revised every five years, adjusted to inflation, thereby dispensing the need for a parliamentary panel to make recommendations on the salaries, a practice that has come under fire recently.

The previous system, where a panel comprising members from both the Lok Sabha and Rajya Sabha made recommendations for a salary hike, drew criticism as it essentially allowed MPs to set their salaries. The recommendations by the committee were usually passed with overriding consensus from both the houses. The new system, which will come into place from 1 April, is set to remedy that.

“There has been considerable public debate with regard to emoluments paid to Members of Parliament. The present practice allows the recipients to fix their own emoluments which invites criticism. I am, therefore, proposing necessary changes to refix the salary, constituency allowance, other expenses payable to Members of Parliament with effect from 1 April 2018,” Jaitley said in his address to the Lok Sabha.

The Parliamentary Committee on Salary and Allowances had earlier met the Prime Minister, Finance Minister and Parliamentary Affairs Minister demanding that the salary be Rs 1 more than the Rs 2.5 lakh salary that the cabinet secretary, the highest bureaucrat in the country, makes.

The Tamil Nadu assembly recently saw a similar bill to hike Member of Legislative Assembly (MLA) salaries from the present Rs 55,000 per month to Rs 1.05 lakh per month, which was introduced by Chief Minister Edappadi Palaniswami. The bill is set to increase the pressure on the state exchequer by about Rs 25 crore.

The Bharatiya Janata Party MP Varun Gandhi had criticised the recommendation in his letter to the Lok Sabha speaker Sumitra Mahajan, and had questioned if the members of the legislative councils deserved the pay raise.

Members of the judiciary also received a pay raise earlier in the month after a bill seeking raising the salaries of Supreme Court and High Court judges was tabled in the Lok Sabha.