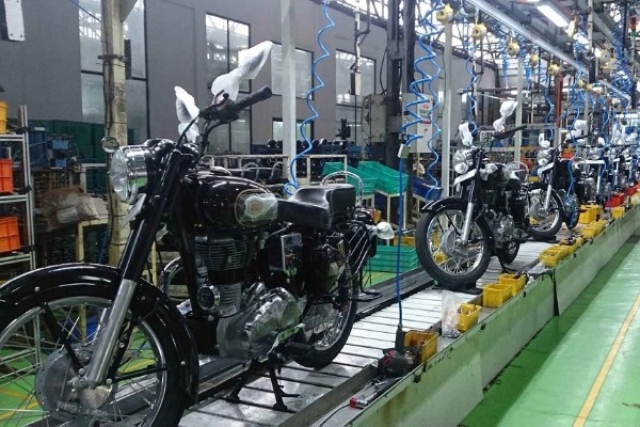 On 24 January (Thursday), Royal Enfield announced that it has decided to invest an additional Rs 500 crore by 2021 to expand its three existing facilities in Tamil Nadu. The automaker signed a pact with the state government and in return will be receiving monetary and fiscal incentives.

The investment will be used for capacity expansion of facilities at Thiruvottiyur, Oragadam and Vallam Vadagal. All the three facilities exist in and around Chennai. A technology centre will also be set up on Old Mahabalipuram Road (OMR) in Chennai.

The New Indian Express reported that the automaker signed a similar MoU with the state government in 2012 that addressed setting up of a manufacturing unit at Oragadam at a cost of Rs 350 crore. The project was completed in 2016.