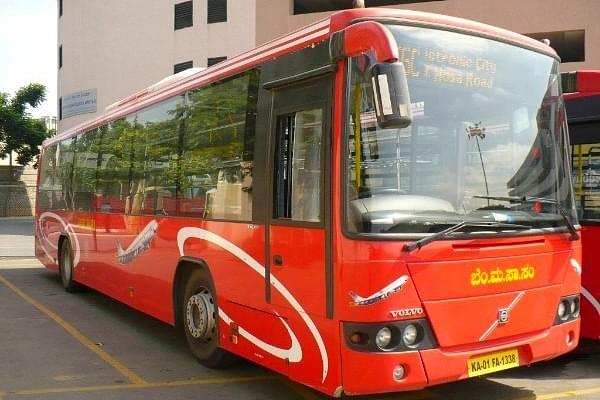 The Bengaluru Metropolitan Transport Corporation (BMTC) every month shells out Rs 15,00,000 to the Goods and Service Tax (GST) council as a part of the tax levied on the Volvo bus charges.

According to The New Indian Express, this makes the journey expensive by 15-20 per cent for the common man. The Central government adds a GST of Rs 113 on the AC bus monthly pass, which makes the pass amount up to Rs 2,363 as opposed to Rs 2,250. Metro doesn’t carry GST of this nature and is exempted.

The very attitude of the government looking at AC buses as a product of luxury has to change, opine many commuters. The New Indian Express has quoted transport expert Sanjeev Dyamannavar from Praja RAAG group as saying, “The government thinks of the Volvo as a luxury that can be taxed at will. They don’t understand that passengers will be discouraged to use these buses as they will find private transport significantly cheaper.”

He goes on to add, “Moreover, places like Hosur Road, Tumkur Road and Airport Road have an addition toll fee. A commuter pays Rs 10 to Rs 15 extra — including toll and GST fee — than the original ticket fare. The perception is that Metro is an essential mass transit service, while AC buses are a luxury.”

In Bengaluru, 625 AC buses run in a day transporting around 30,000 commuters. The revenue generated is nearly Rs 30 crore out of which Rs 15 lakh goes towards GST.