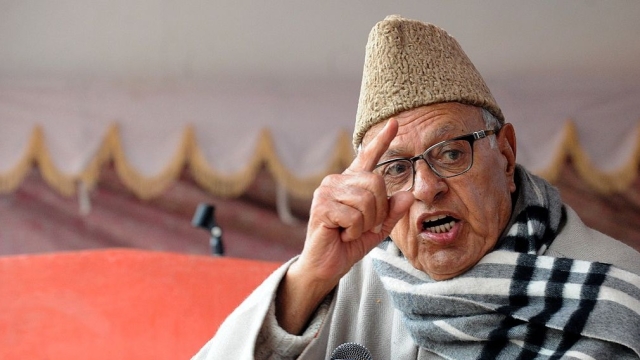 In a move that could have far-reaching political implications, the Central Bureau of Investigation (CBI) has filed a chargesheet against former Jammu and Kashmir (J&K) Chief Minister and National Conference (NC) patron Farooq Abdullah in connection with the multi-crore Jammu and Kashmir Cricket Association (JKCA) scam, reports The Tribune.

Along with the former CM, the then general secretary Salim Khan, the then treasurer Afsan Ahmed Mirza and the then executive of J&K Bank Bashir Ahmed Misghar have also been chargesheeted, said the report.

According to sources, between 2002 and 2011 the Board of Control for Cricket in India (BCCI) had given Rs 112 crore as grant for promotion of cricket in J&K region. It has been alleged that there has been misappropriation of Rs 43.69 crore by the accused.

The CBI on Monday filed an 8,000-page chargesheet before the Srinagar Chief Judicial Magistrate charging them under sections 406, 409 and 120B of the RPC.

According to a report, the chargesheet “narrates a tale of pilfering public money to make up the lavish lifestyles of the members of the association, while cricketers and coaches recount tales of sufferings for want of money and sports infrastructure”.

The case was earlier probed by the police that filed a first information report at Ram Munshi Bagh police station in 2012. Then Chief Minister Omar Abdullah, son of Farooq Abdullah, allegedly attempted to botch up the probe and went slow on granting permission for custodial interrogation of the accused.