Chandrababu Naidu Starts Getting Treated As Common Man, Gets Frisked At Airport, Made To Travel In Bus 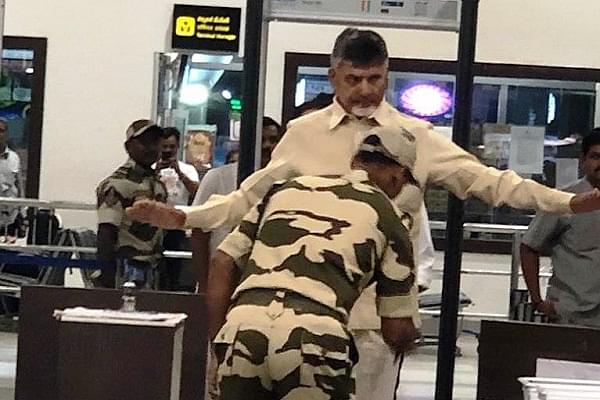 Chandrababu Naidu being frisked at the airport (@IamNaveenKapoor/Twitter)

Former Andhra Pradesh Chief Minister Chandrababu Naid was denied VIP treatment at Gannavaram Airport in Vijayawada and thus put through the regular frisking process, made to travel on the airport bus on Friday night (14 June), IANS has reported.

Apart from being denied non-frisking privileges, Naidu was also not allowed access to a VIP vehicle to reach his aircraft from the terminus. He was set to board an IndiGo aircraft for Hyderabad.

After losing power in the state and performing poorly in the Lok Sabha polls, Naidu’s escort and pilot car privileges were also taken away by the state police and he would receive no special treatment in road traffic.

The TDP has as a result raised strong objection and called it a “witch-hunt by BJP and YSR Congress party”. It has alleged that Naidu never had to face such a situation despite sitting in opposition for many years.