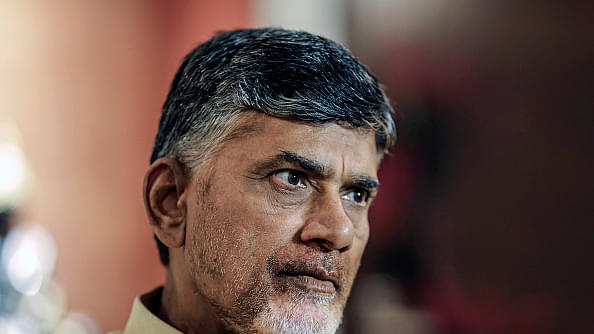 Election Commission (EC) has taken serious offence to the Telegu Desam Party's (TDP) decision of sending an alleged accused of EVM theft, Hari Prasad Vemuru along with N Chandrababu Naidu to discuss issues related to the functioning of EVM.

Vemuru attended the meeting in the capacity of technology adviser to Naidu, Times of India has reported.

EC issued a notice to the legal cell of TDP on Saturday (13 April) questioning how Naidu could allow an accused of EVM theft to be part of the delegation which knocked on its doors. An FIR in this matter was filed against Vemuru in Mumbai in 2010.

EC also invited the TDP to send another expert who would not have similar antecedents to interact with the poll panel on Monday (15 April) over the EVM issue.

Meanwhile, TDP's Rajya Sabha MP and legal cell in charge K Ravindra Kumar sent a reply to the EC defending Vemuru expressing strong reservation about EC's approach towards its technology advisor on the grounds that an FIR was registered against Vemuru under the allegation of EVM theft in 2010, but no chargesheet has been filed against him even after nine years since.

As Chief Election Commissioner (CEC) was not willing to discuss the issue with Vemuru, after his presentation during the meeting, he had invited him to meet D T Shalini, chairman of the technical expert committee formed by the EC to discuss the concerned issues.