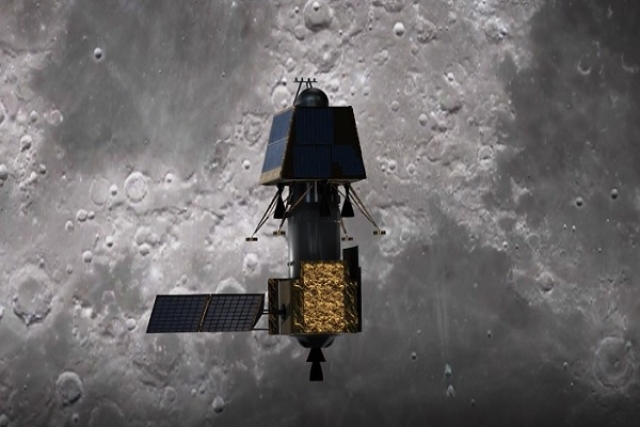 Indian Space Research Organisation’s (ISRO) Chandrayaan 2 has entered the moon’s orbit today (20 August), reports The Times of India. The confirmation of the successful Lunar Orbit Insertion has been leaked from inside ISRO, who will be conducting a presser about the same at 11 am in Bengaluru.

The Chandrayaan 2 is now just days away from soft landing on the moon, after which India the United States, Russia and China to have landed their probes on the lunar surface.

The spacecraft now will conduct four manoeuvres around the 100kmx100km lunar orbit on 21, 28, 30 August and 1 September to lower the altitude of Chandrayaan 2 to bring itself closer to the surface of the moon.

The Vikram lander will also separate from the orbiter on 2 September. “Thereafter, two more manoeuvres will be performed on Vikram before the powered descent starts to make the lander make a soft-landing on Moon between 1.30am and 2.30am on 7 September,” Sivan adds.

Once landed, the Pragyan rover will be launched out of the lander after four hours. The four-wheeled rover will move at a speed of 1 cm per second to cover 500 meters on the lunar surface.

The Pragyan has a lifespan of one lunar day (14 earth days), during which it will capture images, analyse content and sent it back to earth in 15 minutes via the Vikram or the orbiter.