Charging Ahead: Soon Tenders For 175 Gigawatt Transmission Lines Worth $5 Billion For Renewable Sources 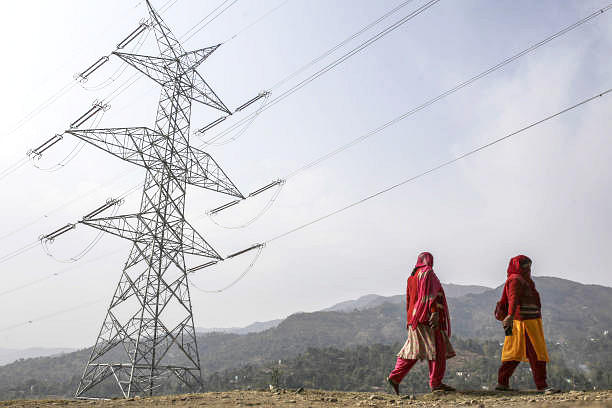 Adding further impetus to its ambitious renewable energy goals, India will launch $5 billion of transmission-line tenders in phases, beginning in June 2019, to route a targeted 175 gigawatts (GW) of power from renewable sources like solar and wind into the country's grid by 2022, reports Livemint.

This comes as an added thrust to the movement with India having awarded tenders for 12 GW of transmission lines since December 2018 already. Another 38 GW will be bid out before March 2020.

Building transmission lines for 66 GW worth projects would need an estimated investment of 430 billion rupees, the Secretary at the Ministry of New and Renewable Energy, Anand Kumar said.

This new network shall alleviate the evacuation concerns raised by big and small players involved in the generation of solar and wind power parks and plants. The transmission constraints were proving to be a big deterrent for the developers whose entire feasibility depended on the availability of reliable buyers for their power, and the transmission network needed to deliver the power to them.

Being the world's third largest emitter of greenhouse gases, India has pledged to cut its emissions significantly. In this merit, India aims to raise the share of clean energy to 40 per cent of the total installed capacity by 2030, which today stands at 21.4 per cent now.

Research analysts have been sceptical about India meeting its ambitious targets though. Consultancy firm WoodMac and research firm CRISIL have said India would not meet its renewable energy target, citing policy issues, cancellations of auctions of tenders, rights to land use and tariffs.

Citing high prices, India has cancelled tenders for renewable energy projects with a capacity of at least 5 GW so far. Solar and wind energy developers have also complained about the difficulty of leasing land and duties on solar equipment imports, while also highlighting issues from the states end in awarding the necessary permits in time. For this, the government says it's determined to overcome roadblocks, and is in talks with states to ensure easy land availability.

"Projects of 103 GW have been installed or are under implementation, and over 37 GW are under various stages of bidding," he said, adding that bidding for the targeted renewable energy addition would be completed by March 2020.