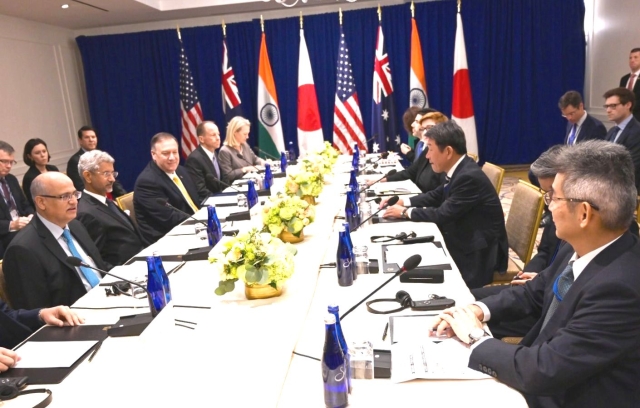 China has come out to oppose the Quad meeting scheduled in Tokyo on 6-7 October.

External Affairs Minister S Jaishankar will participate in the meeting of foreign ministers of India, Japan, Australia and USA in Tokyo, Times of India reports.

However, China has not taken kindly to the upcoming interactions amongst the countries involved in ‘Quadrilateral Security Dialogue.’ Wang Wenbin, spokesperson of the Chinese foreign ministry, has asserted that countries should not seek an exclusive clique.

Responding to a journalist from the western media, Wenbin said, “Multilateral and plurilateral cooperation should all be open, inclusive and transparent. No one should seek an exclusive clique.”

He added, “Efforts should be made to enhance regional countries mutual understanding and trust, instead of targeting a third party or harming third party's interests.” He further mentioned that China hoped that the four countries further the cause of regional peace and stability.

“We hope the relevant country will proceed from the interests of regional countries and do more things conducive to regional peace, stability and development instead of the contrary,” the spokesperson signed off.