China Offers Mediation To Defuse Tensions Between Pakistan And Afghanistan 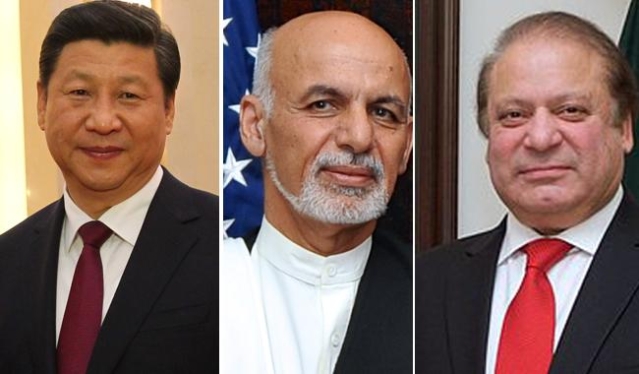 China has offered to mediate between Pakistan and Afghanistan and help organise a meeting so the countries can improve their relations, Afghan President Ashraf Ghani’s office has said in a statement.

“It is the first time that China wants to be a mediator in Afghanistan’s peace process and soon the Chinese Foreign Minister Wang Yi will visit Kabul. Peace with Pakistan was our demand and this must be solved between government and government,” Tolo News quoted the Afghan president as saying.

Relations between Afghanistan and Pakistan have worsened in recent times, owing to the latter’s continued support for terrorist organisations such as the Haqqani network and the Taliban. These outfits have been waging a deadly war against the Afghan government for over a decade from safe havens inside Pakistan.

Afghanistan’s Directorate of Security blamed the Haqqani network for the recent attack in Kabul that left over 90 people dead, saying the strike was planned in Pakistan with the “direct help” of the Inter-Services Intelligence agency.

China’s proposal to mediate between the two comes as a welcome news for the region. However, it must be noted that China continues to shield Pakistan from wrath at the international stage triggered from its support for terror outfits. Therefore, it is highly unlikely that Beijing will pressure Islamabad to end support for the Haqqani network and the Taliban, more so because they do not pose any direct threat to Pakistan and to Chinese investment in the region.

China’s offer to mediate comes at a time when the United States is in the process of reviewing its policy in Afghanistan and is expected to raise troop levels in the war-torn country. US Secretary of Defense James Mattis, testifying before the Senate Armed Services Committee on Tuesday, said that he will be able to brief the committee on a new Afghanistan strategy by mid-July.