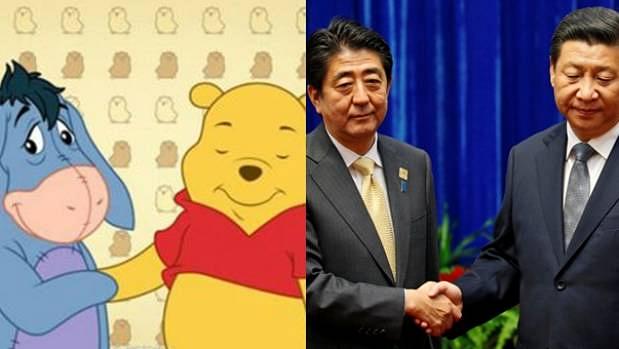 One of the several images doing the rounds on social media.

As the ruling Communist party’s proposal to remove the two term limit on presidencies turned out to be unpopular, the administration has again resorted to its all too familiar tactic - a generous use of state censorship to filter out dissenting opinions from social media.

The proposal has triggered huge debate on the Chinese social media which has led to a crackdown on the opposing views by the ruling party, BBC has reported.

Several terms have been the subject of heavy censorship by the Chinese online censors on the Chinese Twitter equivalent, Sina Weibo. The terms being censored include ‘I don’t agree’, ‘constitution amendment’, ‘re-election’, ‘Emperor Xi’ and ‘Winnie the Pooh’ among others.

The proposal, which would in-effect allow President Xi Jinping to remain as president indefinitely, has led to several netizens concluding that Jinping might become ‘emperor for life’ and negatively affect the country’s development.

China employs millions of people to monitor internet activity and tightly controls what views are allowed to spread through social media. The administration also pays small commentators and bloggers who put out favourable views for the party.

A result of this censorship is several posts with thousands of comments while only a few are visible, indicating government sponsorship.

China had earlier censored out Winnie the Pooh for looking like Xi Jinping as the ruling party believed that the cartoon character was being used to refer to the President Jinping in a derogatory manner.

Winnie the Pooh was banned in China for looking too much like Xi Jinpinghttps://t.co/wIzuoIchbR pic.twitter.com/eHFm2oKhnR