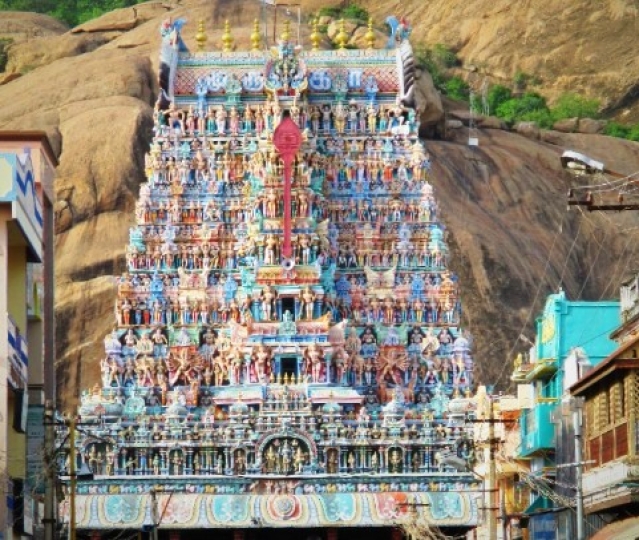 A church has been found to have illegally occupied lands of the Sri Subramaniya Swamy Temple at Thiruparankundram in Tamil Nadu’s Madurai district. Local media reports said the illegal occupation was among various encroachments, valued at over Rs 100 crore, on the temple’s properties. The illegal occupation came to light when the records of the temple were reviewed at a meeting on 5 March (Monday).

Authorities of the Tamil Nadu Hindu and Religious Endowments Department, the temple authorities, the tahsildar of Thiruparankundram besides a representative of the temple devotees’ association took part in the meeting that also reviews ways to recover the illegally occupied lands.

The Church of Salem Jesus Christ occupies the temple land on Sannathi street along with a private school, the review meeting found. In the temple’s properties at Nellaiappapuram, 55 houses have been illegally constructed, while various other irregularities committee by revenue, municipality and electricity departments have also come to light.

Officials of the Revenur Department transferred the ownership of a temple hall (mandap) to a private school, while municipality and electricity department officials have allocated the temple lands to private persons and registered them.

A representative of the devotees’ association who took part in the review meeting said it was a mystery why officials had turned a blind eye to these illegal occupations all these years. He said the properties should be restored back to the temple.

Owners of properties that have been found to be illegally occupied have been given a week’s time to respond to a notice served by the authorities.