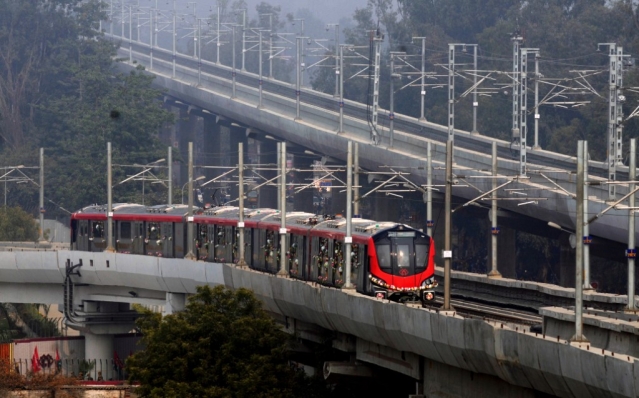 The Lucknow Metro Rail Corporation is entrusted with the responsibility of carrying out interim works of the Kanpur Metro. (representative image) (Photo by Deepak Gupta/Hindustan Times via Getty Images)

Kanpur Metro will comprise of two corridors. The first corridor will be from IIT Kanpur to Moti Jheel via Phulbag to Naubasta and the second corridor is from CSA to Barra-8.

According to UPMRC officials, the construction of corridor from IIT Kanpur to Moti Jheel will commence first. The Rs 735 crore project will span 8.7 km long and elevated viaduct along with 9 metro stations are to be built in this priority section

A number of cities in Uttar Pradesh are set to get their own metro rail systems in the coming years, with Agra and Kanpur metros already having received approval from the Centre, while metros for Meerut, Gorakhpur and Varanasi in various stages of planning.

LMRC Managing Director Kumar Keshav informed that the state government has released Rs 100-100 crore each for the Kanpur and Agra Metro Rail project. He added that another Rs 75 crore would be released before March 2020. Besides, the Centre will also contribute the equal amount of fund soon,